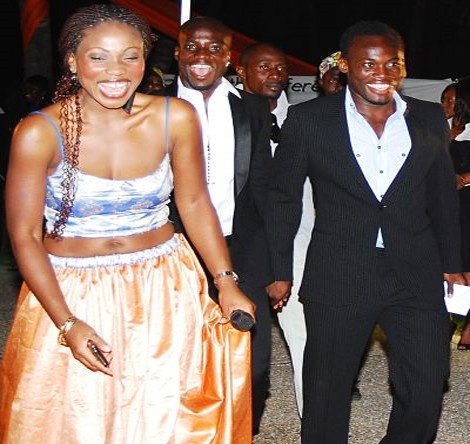 Former Ghana midfielder Micheal Essien is reported to have split with his wife Akosua Puni after some years of marriage.

The news of Essien’s break up comes days after his colleague Asamoah Gyan also filed for divorce from his wife of five years and also called for a DNA test to be taken on his kids to ascertain if truly he is their father.

According to reports, Akosua Puni left her matrimonial home because she could not take her husband’s cheating nature anymore though she is said to have claimed on countless occasion that Essien was very loyal in previous interviews.

It was further revealed that their marriage fell on rocks after Ghanaian based Gambia socialite Princess Shyngle revealed that she dated the footballer for so many months before knowing that he was actually married.