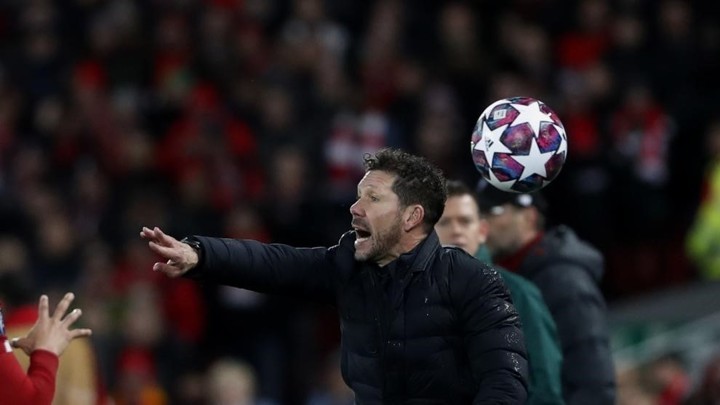 "Simeone's physical and tactical work demands a lot of sacrifice; the trophies we won were because he got 120 percent from the players," Thibaut Courtois explained in an interview with El Mundo.

The Belgian goalkeeper lived the first years that Simeone spent as a coach in Madrid and the process by which Los Rojiblancos went from being eliminated in the Copa del Rey by a Segunda Division B team to winning the Europa League, UEFA Super Cup, Copa del Rey and LaLiga Santander title between 2012 and 2014.

He experienced the red-and-white explosion that was the work of the Argentine coach.

Precisely, Simeone is the main element that must serve Atletico to reach their objective of returning to the Champions League. His experience when it comes to competing, living on the wire and bringing out the best in his players is an added bonus in the 33-point battle that will be bloody against Sevilla, Real Sociedad and Getafe. Of the four, only two can qualify, without there being a cataclysmic collapse from either Barcelona or Real Madrid.

The peculiar conditions of the season will make the work of the bench even more important. Rotations to withstand the intense rhythm of matches, the ability to turn games in a moment and that physical and tactical sacrifice that Courtois spoke of can tip the balance in favour of the club. They have a more expensive squad and a team that is more used to title battles and matches which are a matter of life and death. The last one was at Anfield, the scene where his coaching was displayed on the pitch and brought to an end Liverpool's reign as European champions.

Hence, beyond Diego Costa becoming Diego Costa again, that Joao Felix is the candidate for the Ballon d'Or, or that Jan Oblak continues to gain points by miraculous work, beyond all of this, the Simeone factor appears and that, in today's football, there are few bigger advantages. Liverpool can attest to that.