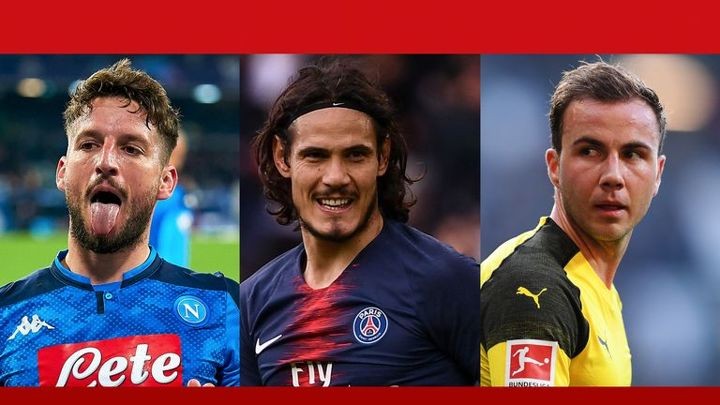 Premier League clubs can snap up some of Europe's biggest stars and brightest prospects for free when their contracts expire this summer.

With the help of Transfermarkt, we discovered 258 players from La Liga, Serie A, the Bundesliga and Ligue 1 with contracts set to expire on July 1 and whittled that list down into a starting XI.

Nice stopper Walter Benitez may not be a household name in England but the Argentine has prevented more goals than any other 'keeper in Ligue 1 this season, according to xG data.

The 27-year-old is represented by agent Mino Raiola and looks set to leave the south of France this summer, having helped Nice currently sit sixth in the table with 97 saves to date - only two stoppers in the division have recorded more.

Three Paris Saint-Germain defenders slot into our back four, with seasoned duo Thomas Meunier and Layvin Kurzawa occupying full-back positions either side of youngster Tanguy Kouassi and Schalke's Benjamin Stambouli.

Meunier is reportedly close to agreeing a deal with Borussia Dortmund and Arsenal have signalled interest in left-back Kurzawa, while Stambouli has blossomed since leaving Tottenham in 2015 after only one season at the club.

Kouassi is enjoying his breakthrough season in Paris and the 17-year-old scored twice in a 4-4 thriller at Amiens last month - but is yet to sign a professional contract at the club.

Mario Gotze established a strong bond with Jurgen Klopp at Borussia Dortmund but struggled at Bayern Munich under Pep Guardiola before rejoining his former club and now looks set to seek pastures new this summer.

Bonaventura has fulfilled a bit-part role at Milan this term, starting nine league games and making eight substitute appearances, while Chile international Aranguiz has been limited to 15 Bundesliga starts due to injuries.

Manchester United were interested in signing Cavani in January, while Belgium forward Mertens was linked with a move to Chelsea and Aston Villa are reportedly in the race for 33-year-old former Real Madrid star Callejon.