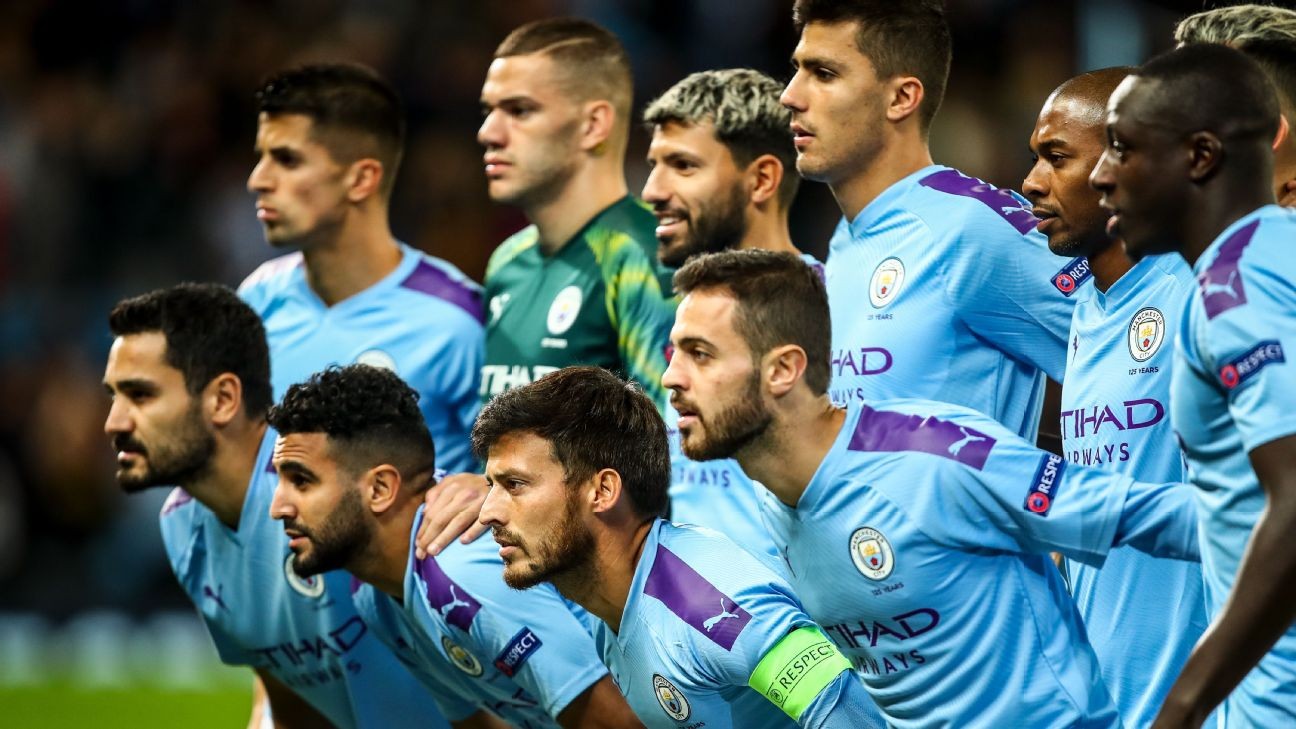 Sometimes, it takes something bold to effect change. UEFA's annual benchmarking report, released this week, underscores what we already know. There's good news (financial stability) and not-so-good news: extreme polarization. And it's the latter that could use a fix.

Over the past decade, debt has fallen, revenue has increased tremendously and the game of soccer, as a whole, is profitable. I feel like I've written this a gazillion times, but when Financial Fair Play was introduced, European club football made aggregate losses of €1.67 billion ($1.86 billion). In the past two years, the European game as a whole has been profitable: it made €579m ($646m) in 2017 and €140m ($156m) in 2018. And no, the decline in profits isn't a concern because we're still in the black. You make more than you expected and so you reinvest that extra cash in your company, which, in football, generally means increasing wages.

Forget the snide remarks: FFP achieved what it set out to do. It made football a business you could invest in, that could stand on its own two legs and where clubs didn't continually go bust or default on debts. The value of assets held by clubs has grown nearly 60 percent since FFP; if you own or run a football club, generally speaking life is good or, at least, sustainable. And that's important.

- Schoenfeld: Why RB Leipzig are Germany's most hated team
- Ogden: Projecting the rest of Liverpool's run to the title
- O'Hanlon: Premier League's most underrated players

On the flip-side, we've seen a vast increase in polarization, the gap between rich and poor or, more accurately, the one-percenters and everybody else. It exists both among clubs -- the top 30 clubs make nearly as much as the rest of the continent combined and the top 1 percent of clubs earn 20 percent of the club game's total revenue -- and among leagues, where the Big Five (England, Spain, Germany, Italy and France) account for 75 percent of the total.

The upshot of this is extreme polarization. It doesn't take a genius to figure out that the more revenue you get, the more you can spend on wages and the better the players you can attract. And that in turn translates into success on the pitch. I wrote about this two years ago and why it's not a good thing. If anything, the situation has gotten worse.

The same six clubs have finished in the top six spots in each of the last three years in England. In Spain, the last time someone other than Real Madrid, Barcelona or Atletico finished in the top three was back in 2012. Some leagues have more turnover among the top spots, but not at the very top: in Germany, Bayern have won seven in a row, Juventus have won eight in a row in Italy and Paris Saint-Germain six of the last seven in France. Sure, you can mention Leicester City's Premier League exploits in 2016 or Ajax reaching the Champions League semifinal all you like, but the evidence is overwhelming. And unless something is done, in the long-term we're only headed one way: the formation of a European Super League.

FFP often gets blamed for the extreme inequalities and because it limits outside investment from owners, generally forcing clubs to live within their means, it certainly hasn't helped. But it's a relatively minor, contributing factor. The real difference is the rise in the value of broadcasting revenue and commercial income, both of which have flowed mainly to the very top as the game became more globalized.

So what can you do to create a more level playing field?

Manchester City and superclubs like them might struggle in the short-term if forced to 'cut' players but the thoughtful redistribution of talent might also prevent the sport from talling apart.

Fans of U.S. sports will cite salary caps but simply put, they're unworkable (and probably) illegal in football. Luxury taxes might be more viable but again, you're relying on a deep-pocketed owners happy to make losses over time -- those are in short supply. What's more, you risk reintroducing some of the instability and pitfalls of the pre-FFP era.

A more equal revenue distribution is an option and would help; broadly speaking, football has already moved in that direction when it comes to league-wide income, like broadcasting deals. However, broadcast income is a shrinking proportion of most clubs' revenues. The Premier League has had one of the most equitable TV deals for years and it has served English clubs well, but the gap between haves and have-nots has turned into an abyss. Unless you're willing to extend it to all revenues, including box office and commercial, you're not going to have much of an impact. That would also be unworkable and, frankly, unfair: why should Manchester United, for example, who've built their brand over decades share revenue from a shirt deal with, say, newly-promoted Sheffield United?

Right now, most top clubs will have more than 40-50 players under contract. Some will be youngsters, some will be on loan. What if we drastically cut that number? The players cut loose would end up back on the market and trickle down to the next tier of clubs that, presumably, would become more competitive. This knock-on effect would continue down the pyramid.

Many leagues already limit squad sizes and loan players. In the Premier League, you can't register more than 25 players, excluding Under-22s. What if that were cut radically to, say, 19?

Let's look at Liverpool's squad as an example. Take out the seven guys likely to contribute the least: let's say Pedro Chirivella, Isaac Christie-Davies (he's on loan anyway, but bear with me), Nathaniel Clyne, Andy Lonergan, Dejan Lovren, and Adam Lallana. Those guys would be "cut" at the start of the season to meet the squad limit and if you wanted to bring in another guy in January, as they did with Takumi Minamino, then you'd need to cut somebody else loose. Bye bye, Xherdan Shaqiri. We're not talking about superstars and the team as a whole wouldn't be much affected. But those seven players would trickle down to other clubs who would become more competitive as a result.

You can play the game for other clubs too. Real Madrid would need to cut two guys, maybe Alvaro Odriozola and Mariano Diaz. Juventus might say arrivederci to Carlo Pinsoglio, Marko Pjaca, Emre Can and Daniele Rugani.

The other obvious upshot here is that younger players would become more valuable and clubs would be incentivised to develop them and keep them around since they don't count against the cap. Clubs who develop players would be rewarded in the long term.

You would obviously need some sort of mechanism to "cut" the player because if he signs a contract, he's entitled to his rights. So maybe you work out a deal where anybody can get cut in exchange for a full year's wages. You become a free agent and you get a year's salary. It's not a bad deal for a player and because you're a free agent, you suddenly become more affordable for other clubs since there's no transfer fee to pay and they don't have to match the big wages you were previously earning.

Would clubs go for it? Those who enjoy hoarding players would obviously be penalized and their managers would of course grumble about lack of options. But the reality is that everybody would be in the same boat and you wouldn't need to keep paying for dead weight on your wage bill. Sure, you'd need to be smarter when it comes to squad planning but costs would come down -- not just in terms of wages, but also in terms of transfer fees.

You would obviously need to find the right mechanisms in order to make such a plan work, too. Maybe 19 is too lax as an age; maybe we need to go down to 17 or even 16. Maybe it's not a year's salary to cut players, maybe six months is enough. Maybe exempt the U-21s or U-23s instead of U-22s. You'd also need greater transparency and oversight to prevent clubs (and, these days, superagents) from "parking" players at "friendly" smaller clubs. You'd need a better-regulated loan system for players over the age of 22, like maybe limiting them to one per season. You'd then want to figure out some sort of medical exemption for players who suffer a long-term injury and, of course, you'd need a long transition period before you whittle things down to 19 senior pros.

But it's doable and it's desirable. Because the fact of the matter is that the 20th most important senior player at Manchester City (John Stones?), or Tottenham (Eric Dier?), or Paris Saint-Germain (Edinson Cavani?) may well move the needle the next tier down. Or, alternatively we just sit and do nothing, waiting for the Overton window to further shift to the point where we think what is going on today across Europe is entirely normal. But trust me: that will get really, really boring in the long run and leaves us screaming out for that closed Super League which nobody says they want.