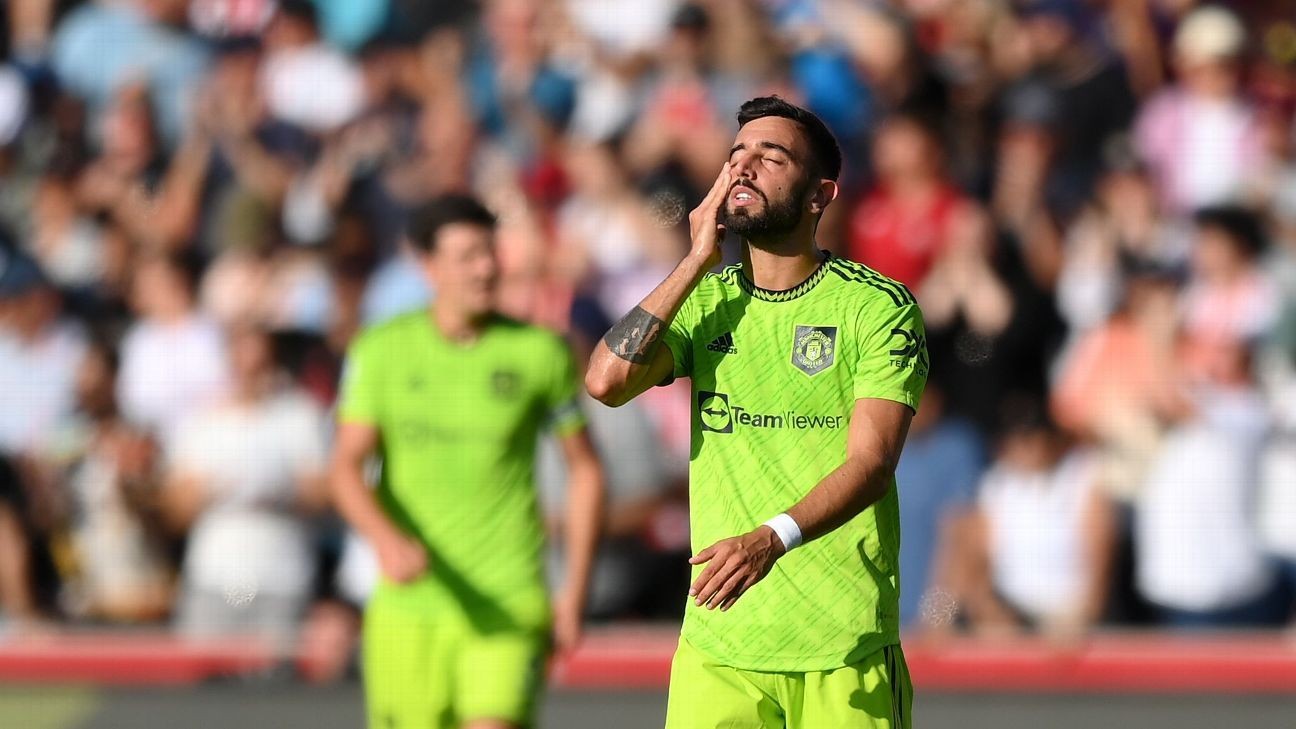 Just two games into the 2022-23 Premier League season, Manchester United have hit a new low after losing 4-0 to Brentford.

Man United unveil green third kit, but how do other top clubs compare?15hChris WrightSign Balotelli? Bring back Chicharito? Scouting strikers for Man United after Arnautovic setback3dChris Wright100 days to 2022 World Cup: Why your team will (and won't) win in Qatar1dAdam Snavely

Erik Ten Hag became the first Manchester United manager to lose his first two league games since John Chapman, who took over in November 1921 and lost back-to-back matches against Middlesbrough (they were relegated that season).

Despite Cristiano Ronaldo starting for the Red Devils, United suffered an inexcusable loss to a Brentford team looking for revenge after last season.

Soccer Twitter did not hold back on United after this loss, including club legend Rio Ferdinand and Gary Neville. See the best reactions below:

My neighbor is a @ManUtd fan...do I say hi? wave from a distance? ignore him? does he need a hug??? Much like his team and Ten Hag, I don't know what to do to make it better!!! #ManchesterUnited #EPL

Anyone checked on Gary and Roy?

Ferdinand and Neville shared their disappointment and shock.

Ben Mee (2) had more touches in the opposition box than Cristiano Ronaldo (1) in the first half. ?

United are now bottom of the Premier League table. Yes, you read that right.

Man United are currently bottom of the Premier League ? pic.twitter.com/LxzoMPfDR5

Manchester United as a club are completely broken. Reputations and careers for both players and managers go there to die

If I was Ten Hag I'd genuinely resign after this. Get out now before your reputation is shredded.

Last season, Ralf Rangnick shared his concern about the level of transformation that United require.

Ralf Rangnick speaking about the changes needed at Man United before he left ? pic.twitter.com/lT7fMjzAFQ

Ten Hag's problems could get worse as his team faces Liverpool next, who thrashed United on both meetings last season.