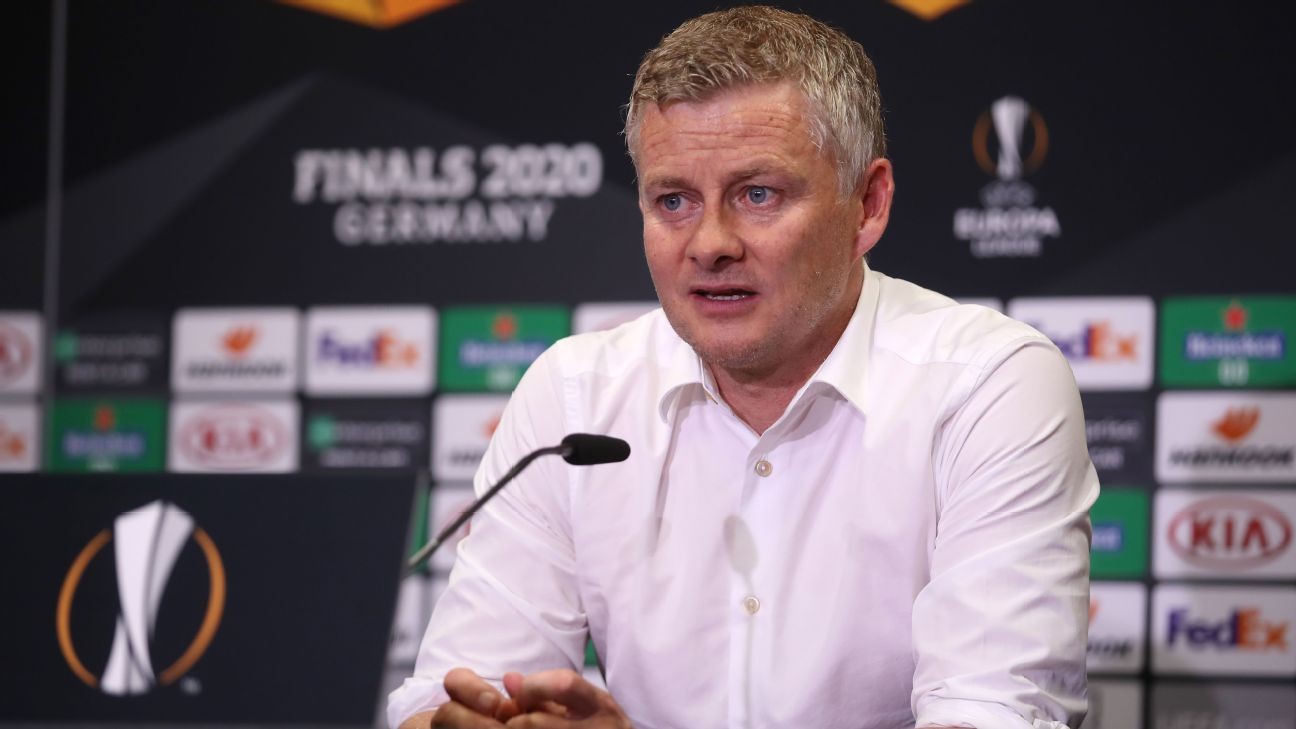 COLOGNE, Germany -- An hour or so after Manchester United had been dumped out of the Champions League by Sevilla in March 2018, Jose Mourinho sat in the news conference theatre at Old Trafford and was asked what at the club needed to change. "Everything," was Mourinho's curt response and, two-and-a-half years later, it has.

As United prepare to face Sevilla again, this time in the semifinals of the Europa League in Cologne on Sunday, Mourinho is long gone. His replacement, Ole Gunnar Solskjaer, has centred his work on changing a culture that turned toxic in the final months of Mourinho's reign. Gradually, results have improved and after a positive end to the season, there is a sense of optimism around United, something that seemed a long way off the last time they met the Spanish side.

Senior figures at the club remember those two games -- a 0-0 draw in Seville and a 2-1 defeat at Old Trafford -- as the beginning of the end for Mourinho and the start of a path that led to Solskjaer.

When the draw was made for the round of 16 of the Champions League in December 2017, it was seen as a favourable one for United. They avoided Real Madrid, Bayern Munich and Juventus to be paired with Sevilla, who had qualified from the group stage despite shipping 12 goals in six games. The controversy, though, began before a ball had even been kicked.

Paul Pogba, substituted in his previous two starts during defeats to Tottenham and Newcastle, was dropped for the first leg in Spain, with news leaking out of the team hotel long before the official team sheet had been handed to UEFA. On the pitch, United mustered just one shot on target and only escaped with a draw thanks to a stunning save from David De Gea.

Ole Gunnar Solskjaer has changed the mood around Man United since the club moved on from the Jose Mourinho era. UEFA - Handout/UEFA via Getty Images

Clearly irked in his postmatch news conference, Mourinho refused to answer the string of questions about Pogba, instead saying to the assembled media: "If I was one of you, I would ask if the Manchester United manager agrees that Scott McTominay [Pogba's replacement in the team] had a fantastic performance." He also had a subtle dig at United's medical staff, saying Ander Herrera "was not fully fit" after the Spaniard had limped off inside 20 minutes.

It was just the prelude. On a disastrous night at Old Trafford three weeks later, Wissam Ben Yedder came off the bench to score two late goals and send Sevilla through. Mourinho, however, was in no mood to take the blame, saying afterwards: "I sit in this chair twice in the Champions League and knock Man United out with Porto and Real Madrid, so it is not something new for the club."

Atalanta's magic season ended against PSG, but their story's far from overBarca's humiliation was their own fault, yet they didn't see it comingFernandes: Europa win 'important' for next season

Three says later in the Jimmy Murphy Building at Carrington, the fireworks continued. A news conference that should have been about the FA Cup tie with Brighton was dominated by a 12-minute rant from Mourinho about "football heritage." It included a run down of United's failures in Europe since Sir Alex Ferguson led them to the Champions League final in 2011, and a shot at predecessor Louis van Gaal for the squad the Dutchman left behind.

Nine months later, in December 2018, Mourinho was sacked, with sources telling ESPN the decision was based on a combination of poor results and the string of controversial public barbs. Ed Woodward, in particular, had grown tired of his negative comments and told Mourinho he was "sick" of the theatre around his news conference.

Mourinho's tenure at United quickly became toxic, with things coming to a head when they lost to Sevilla, their opponents on Sunday, and were eliminated from the Champions League in 2018. Alex Livesey - UEFA/UEFA via Getty Images

Fast forward 20 months, and the atmosphere around the club is much more serene. Solskjaer's "cultural reboot" has seen Mourinho signings Romelu Lukaku and Alexis Sanchez axed, as well as the departures of older pros including Ashley Young, Marouane Fellaini, Antonio Valencia and Matteo Darmian. In their place, the Norwegian has signed predominantly young, British players while also promoting from within the academy.

Sources have told ESPN that Solskjaer values the atmosphere in the dressing room above anything else and is behind United's stance of not wanting to upset the wage structure to sign Jadon Sancho at any cost. It is a change of tact from Sanchez's arrival in January 2018 on a mammoth deal that caused problems among his new teammates.

Sanchez is one of six players who started the Champions League last-16 second leg yet is no longer at the club. Of the team that started that night, only De Gea and Marcus Rashford are likely to play in the Europa League semifinal against Sevilla in Cologne this Sunday.

After the Champions League exit to Sevilla in 2018, Mourinho blasted his squad saying, "there are many [Sevilla] players who would play in my team."

Win or lose on Sunday night, there will be none of that from Solskjaer in front of the television cameras. Everything has changed.