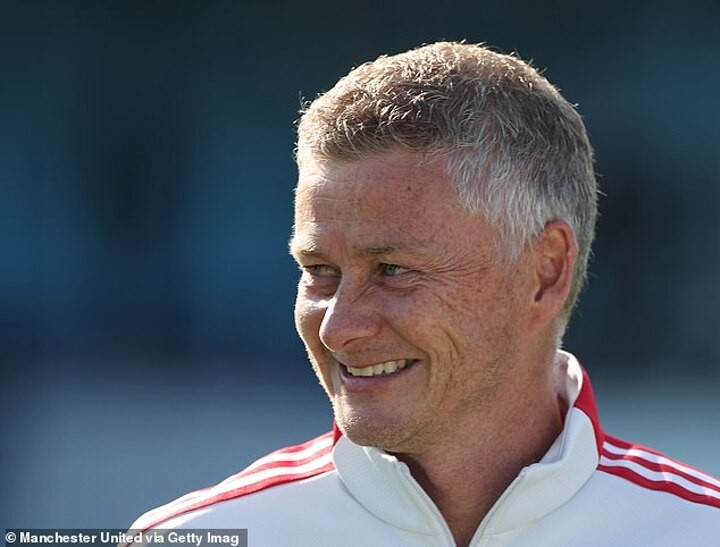 Ole Gunnar Solskjaer believes Manchester United have the tools to break Manchester City and Liverpool’s dominance of the Premier League.

United have enjoyed a strong pre-season after the captures of Jadon Sancho from Borussia Dortmund and Real Madrid’s Raphael Varane.

Varane is set to finalise his move next week and both signings strengthen United in key positions after Solskjaer was left encouraged by closing the gap between themselves and City last season.

‘I feel us and Chelsea have spent well, worked well and we should look at ourselves as potential challengers,’ Solskjaer said.

‘It feels like this season coming up is one of the strongest Premier League seasons. Of course it’s been City and Liverpool fighting it out for a few years. Anyone who ends up above last year’s champions will be champions.

‘I’d rather be an optimist and be wrong than be a pessimist and be right. Of course these boys can, with a maximum effort and maximum sacrifice. We want to start winning trophies and we’ve laid the foundations.’

Solskjaer recently penned a new three-year contract but insisted that security counts for nothing if he does not deliver success.

‘It doesn’t matter if you have a 10-year contract or a one-year contract, if you don’t do well off you go,’ the Norwegian added.

‘You feel under pressure all the time. At this club, with this responsibility, it’s not just clinging onto your job it’s about the responsibility that’s in my hands.’