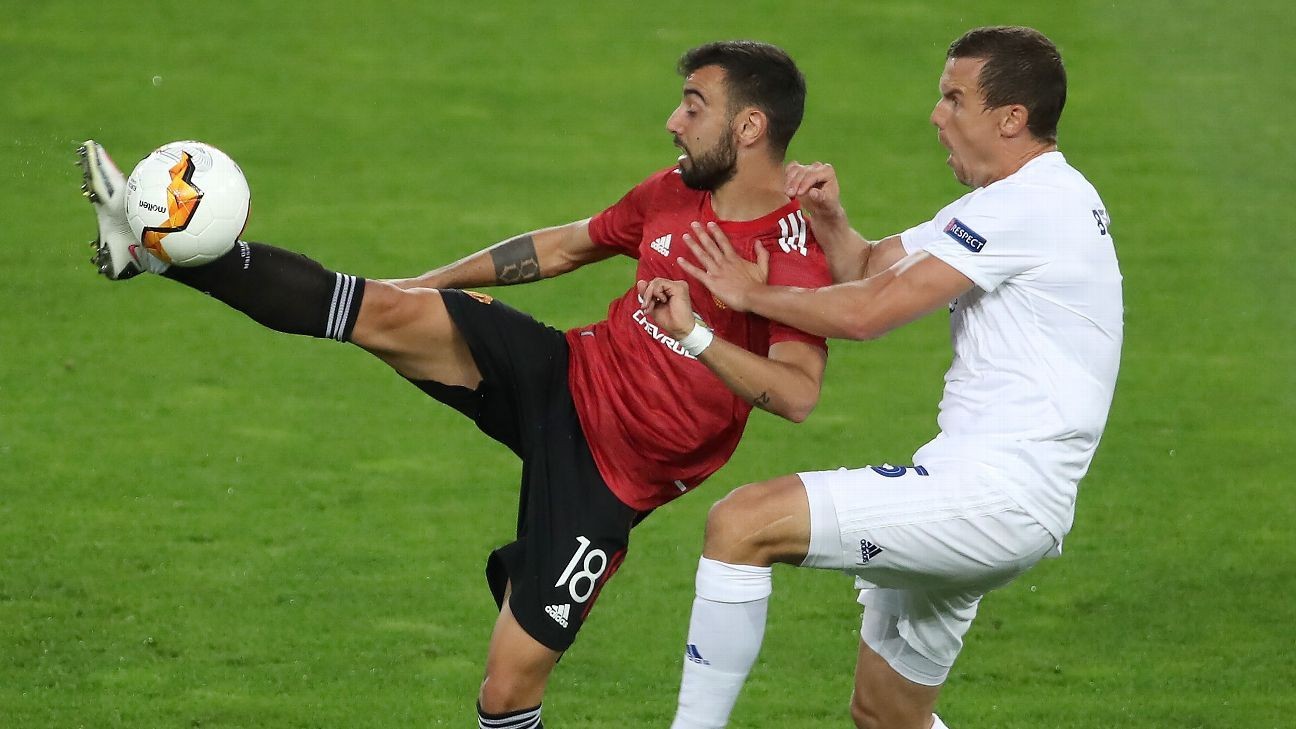 COLOGNE, Germany -- Ole Gunnar Solskjaer admits Manchester United will have to prepare for their Europa League semifinal in difficult conditions after being told by UEFA to stay in Germany for the duration of the tournament.

United, who beat FC Copenhagen 1-0 in Cologne on Monday thanks to a penalty from Bruno Fernandes in extra time, had hoped to use their training base at Carrington between matches. But UEFA have insisted teams stay in a biosecure bubble in Germany because of the ongoing coronavirus pandemic but Solskjaer admits he is concerned about training facilities that have been made available.

"The facilities are not the same as we're used to but that is no excuse," said Solskjaer. "Every team has the same conditions. We're used to having the best facilities around the world for recovery and preparation, we just have to make the most out of a difficult situation in conditions that are hot and humid.

"We've got six days to prepare for a game. There is not many times we have that."

After playing their 60th game of a season that began a year ago, Juan Mata, who improved United when he came on at the start of extra time, admitted Solskjaer's team are struggling physically. They now have five days to rest before facing either Wolves or Sevilla on Sunday.

"Today is more relief and tiredness," said Mata. "I think the team is quite tired physically but at this stage of the season it's very important to win games like we did today.

"I think it's normal that the game opens up. The first half wasn't easy at all and they played some good football, so credit to them.

"I don't think it was complacency. We knew they are a good team. We knew we had to play a good game. Now it's time to recover."