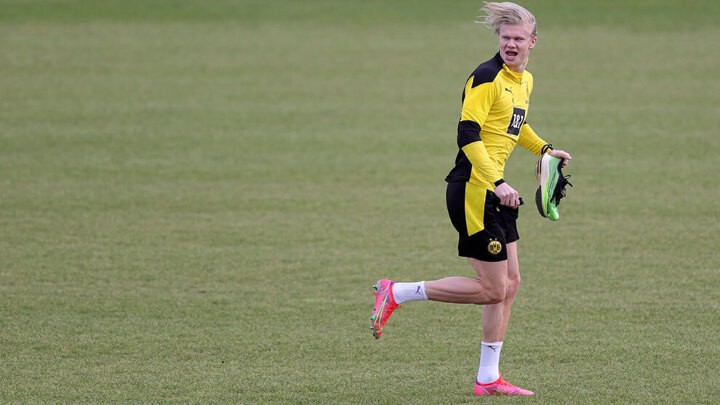 The Norwegian coach was in charge of Haaland at Molde and still talks to the forward, even now that he is at Borussia Dortmund.

"When you have had kids and players come through as a coach, you follow them and I do keep in touch with Erling," he said in a press conference on Wednesday.

"It's great to see him become the player he has become and how he works to improve all the time.

"I can't speak about Erling because he's at Borussia Dortmund and it's disrespectful to talk too much about it. Apart from that, I know him and I speak to him."

Asked about Manchester United's reported interest in the striker last summer, Solskjaer said that it was obvious for the world's top clubs to be following the youngster.

"Who wasn't interested in him a year ago?" the coach said.

"Everybody would say you would take the best players in the world and Erling is a top player."