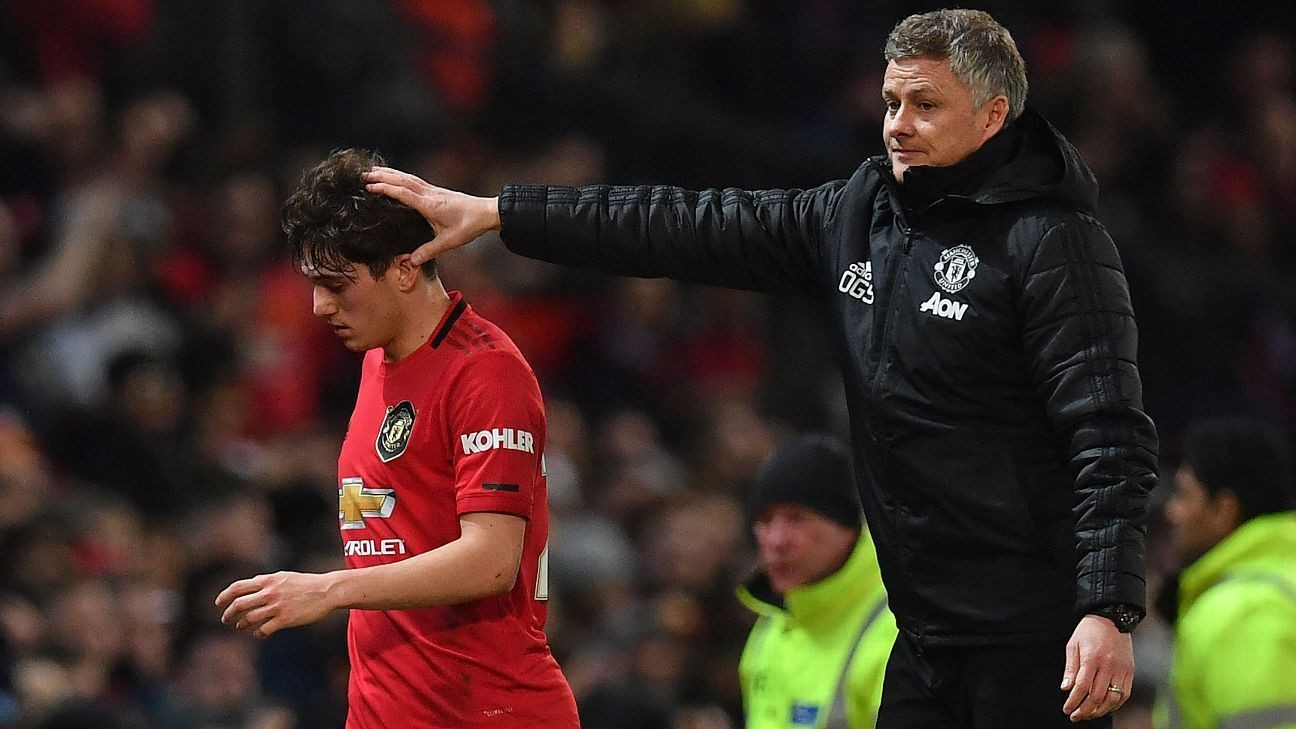 Manchester United manager Ole Gunnar Solskjaer has aimed a dig at football authorities by questioning why Chelsea have been given two days extra rest ahead of their FA Cup semifinal.

United and Chelsea will line up at Wembley on Sunday, just two days after Solskjaer's team face Crystal Palace at Selhurst Park.

What did you miss? The latest from Europe's top leagues
Stream FC Daily on ESPN+

Chelsea will have the benefit of an additional 48 hours to recover for the tie after facing already-relegated Norwich on Tuesday night.

"There is a concern, obviously, that they will have had 48 hours' more rest and recovery than us," Solskjaer told a news conference on Wednesday.

"It's not fair. We spoke about a fair scheduling going into this restart and of course it isn't. But I have to think about Thursday [against Crystal Palace], winning that one, focusing on that one, and then pick up the pieces after that."

So far, United have been able to handle the physical impact of the packed schedule since the restart, remaining unbeaten in their seven games.

Solskjaer has been able to pick the same XI for the last five league games and the Norwegian says he is confident the players' fitness will hold up.

"We've not really played every three days but we definitely will now," said Solskjaer.

"The next two weeks will be hectic but then again we're fit, very fit -- our lads have not felt as fit as this for years, I'm sure.

"It was a big thing towards the end of last season that we felt our team wasn't fit enough, we got a few injuries, this season we've not had that kind of a problem.

"It's not going to be a problem and a concern for us but 24 hours, 48 hours is a big difference at this time [of the season] so we've not been handed four Aces, to put it that way, for the last two weeks."

Ahead of the trip to Crystal Palace, Solskjaer has already hinted he may have to make changes with Luke Shaw and Mason Greenwood battling to recover from ankle injuries.

The United boss has also raised the possibility of Paul Pogba being rested after the France international reported a problem before the draw with Southampton.

"I've been speaking more or less every day with Paul, he knows that he wouldn't be dropped," said Solskjaer.

"When Paul plays like this he wouldn't be dropped from any team in the world -- France or Man United -- but he's been out for a long, long time, there was a question mark before the game [against Southampton], 'How do you feel?' But he felt ready for it, which was great, so now let's see how he is.

"He's been fantastic since the restart and brought a lot to the team. There were one or two question marks before the Southampton game about who was going to play but we made the decision that we did."