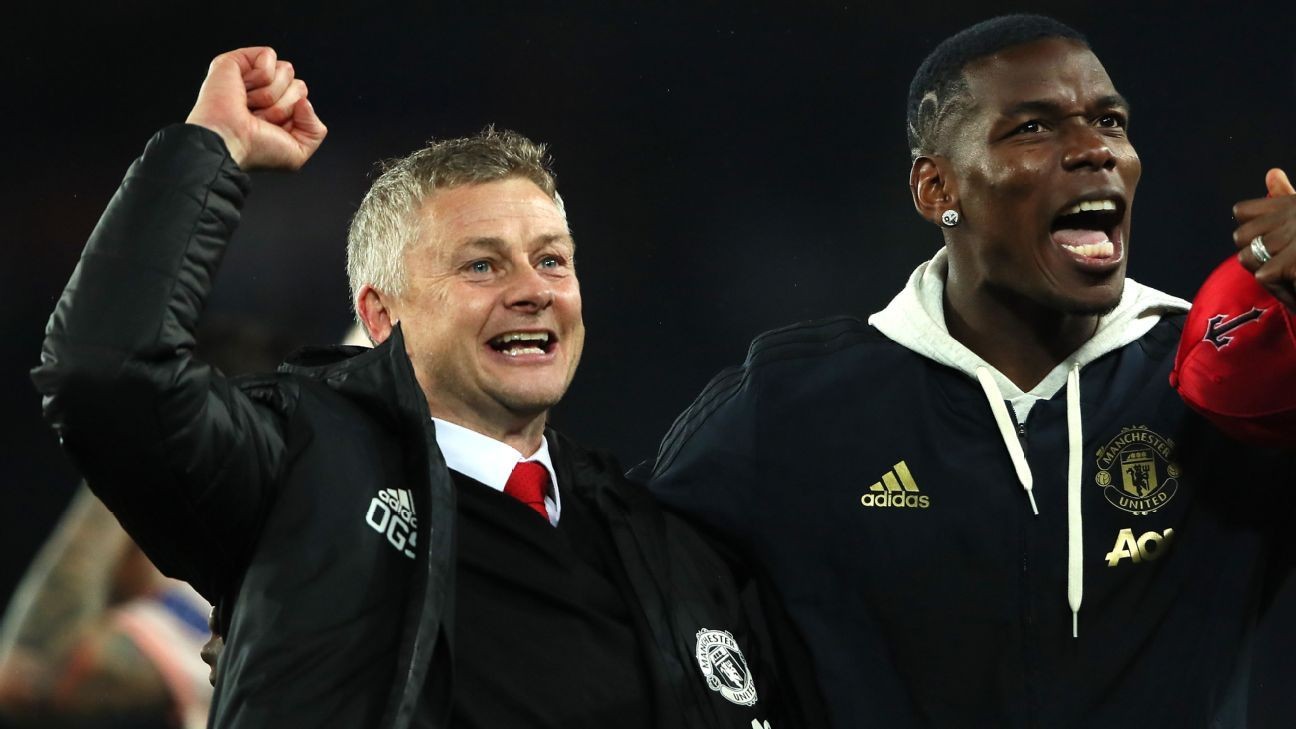 Pogba has entered the final year of his deal at Old Trafford, although the club hold an option to extend until 2022.

United have tied down Scott McTominay and Nemanja Matic with new deals and Solskjaer is keen for Pogba, who has been linked with moves to Real Madrid and Juventus, to follow in putting pen to paper.

"I can't comment on discussions between a player and the club but of course we want to keep the best players around the club," said Solskjaer.

"We want to build a squad for the future and Scott and Nemanja are in a similar position but at different stages in their careers. One at the start, one really experienced one. We also need players in the mid-range group.

"Hopefully we can do something [with Pogba].

"I know that since Paul's come back he's looking better and better. He's enjoying his football and let's see where it takes us."

Solskjaer is facing a crucial summer in the transfer market as he looks to close the gap on Manchester City and Liverpool at the top of the table.

Despite the financial implications of the coronavirus pandemic, sources have told ESPN that United remain interested in Borussia Dortmund winger Jadon Sancho, but only at a price well below £100 million.

"There's got to be realism," said Solskjaer.

"The whole world has changed both financially and the perception we've got on values so every time I put the case in front of Ed [Woodward], I think it's a sensible one and a realistic one.

play1:09Ogden: Sancho deadline is a transfer game being played

Mark Ogden believes Sancho will move to Man United eventually, it's just a matter of when.

"I think I've proven to the club I've always got the club in the front of my mind and the best for the club.

"I don't think short term or personally this would fit me for a short space of time, I always think long term and try to make good deals. I'm always quite careful with money, personal money as well."

Ahead of the summer, United have been heavily linked with Sancho, as well as midfielders Jack Grealish, Donny van de Beek and James Maddison.

Solskjaer also appeared to be caught telling Bournemouth defender Nathan Ake that he needs a "left-footed centre-back" at Old Trafford on Saturday.

"I don't think this is the place for me to discuss our priorities in the transfer market," said Solskjaer.

"We've been linked with many good players and every individual linked with Man United looks at it as a compliment. There's no need for me to discuss where we're going to try to strengthen."