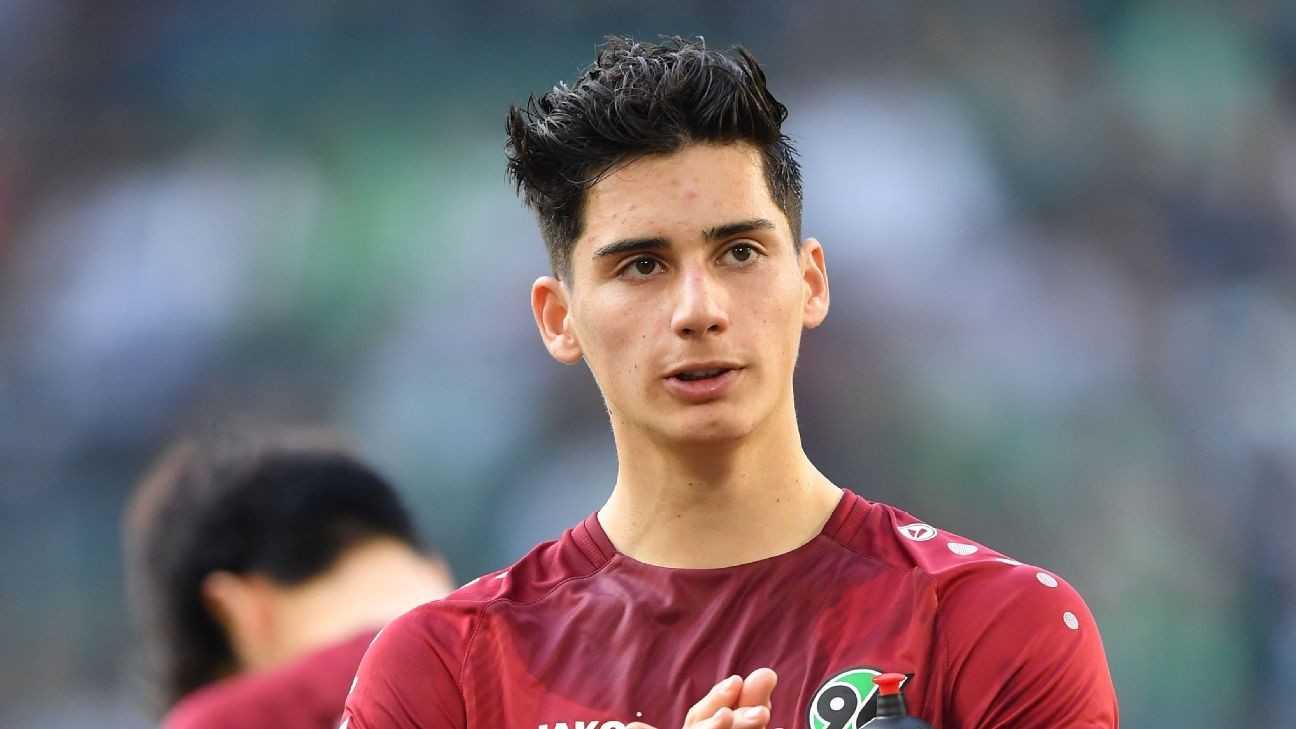 A wild and disappointing season has ended on a positive note for Sebastian Soto.

The United States youth international completed his transfer to Norwich City on Tuesday, allowing him to exit what had become a difficult situation with 2. Bundesliga side Hannover 96. Because Soto didn't qualify for a work permit, a loan move is needed, and is still to be completely hashed out. But Soto is pleased to latch on with the Canaries.

"I'm truly humbled and happy and excited that this is my next step," Soto told ESPN via phone. "And the path that [Norwich] had spoken to me about and the plan that they have for me was just great. I was so attracted to it. Norwich has such a good history with young players."

- Don't have ESPN? Get instant access
- How the Premier League's last day played out
- Stream FC Daily on ESPN+ (U.S. only)

But a confluence of factors resulted in a lost season. Soto's refusal to sign a new contract combined with the usual competition for places meant that first-team minutes were going to be hard to come by. So it proved, as he made just two early-season appearances that totaled 16 minutes. But even playing time with the reserve team was scarce, with Soto playing in just three matches in the fourth-tier Regionalliga.

"I think all I can say about last season was it's all an experience, man," he said. "I guess that's how football is. I just have to learn from what happened, and nothing against Hannover or anything, but I just have to look forward."

On top of those disappointments, the COVID-19 pandemic meant that the league season was shut down for a time, and the Olympics were delayed for a year. The Tokyo games were looked at as a way to salvage a disappointing season. With that opportunity delayed, it made maintaining something close to match fitness an immense challenge.

"I think, especially people that are close to me, knew that I did a lot on my own because I knew the future was coming and I knew something new is gonna come, so I had to be ready," he said.

"[COVID-19] was just something unpredictable. It's tough being an athlete and having a long pause like that. But luckily in Germany, it was not as long as maybe other nations and we got back into it, and we were able to finish the German season. At the same time, I took advantage, staying in shape, staying as sharp as I could heading into the new season, because it's just it all came really fast to be honest."

The move to Norwich, at first glance, looks less than optimal. The Canaries finished in last place and were relegated from the Premier League this season, and Soto's inability to secure a work permit means that he will need to immediately leave Carrow Road and join another European club on loan.

But Norwich has had success developing young players and has made use of loans in order to give players experience, with Todd Cantwell (at Fortuna Sittard) and Ben Godfrey (at Shrewsbury Town) the most notable examples. Given the limited minutes Soto saw this season, playing time is of utmost importance at this stage of his career.

"All the conversations were extremely positive, from the sporting director, to the coaches, to everyone at the club, the staff was all really positive," he said. "And I think the biggest thing they told me was that I needed to get experience, which is what this loan is all about, ultimately."

Making the most of his loan spell carries with it even more weight than it might otherwise. With the U.K. leaving the European Union in January, the expectation is that the rules for obtaining a work permit will become less strict. At the least, players from the EU won't automatically qualify for a work permit, making it more of a level playing field.

Soto played on the wing during the early part of his youth career, only for then-Real Salt Lake academy director Martin Vasquez to convert him into a center-forward. He has played in that position ever since, and off the ball movement, his ability to link up with teammates as well as finish his chances -- like he did against France at the U-20 World Cup -- has kept him in that spot. That doesn't look likely to change with Norwich.

"I think they do see me as a striker, but they also want to take advantage of my having good feet and going into good spaces," said Soto. "But ultimately, they see me as someone who's going to score goals."

After a difficult season, Soto is eager to get that opportunity once again.