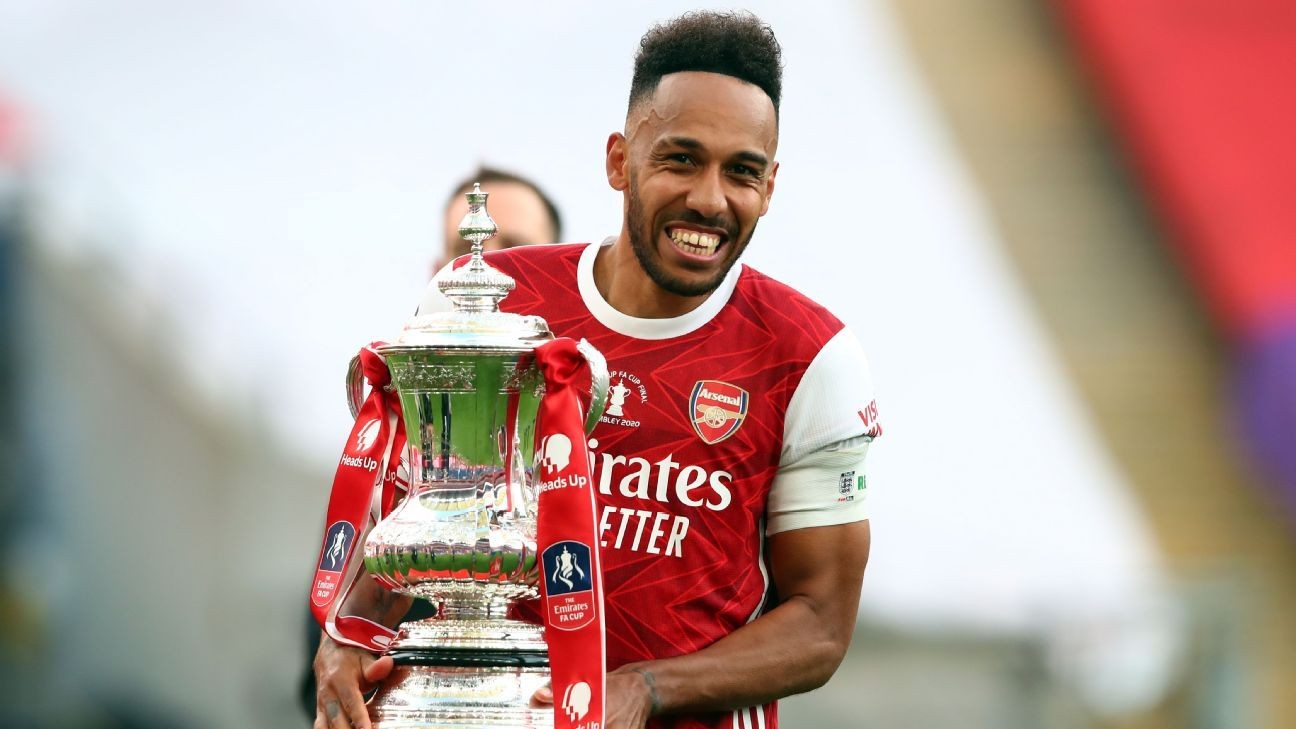 Pierre-Emerick Aubameyang is set to hand Arsenal boss Mikel Arteta a major boost by signing a new £250,000-a-week deal tying him to the club until 2023, sources have told ESPN.

Talks have progressed well in recent days and although there are still some minor issues to be addressed, sources have told ESPN that official confirmation of the new contract could come as early as next week.

ESPN revealed on July 3 that Aubameyang, 31, was willing to commit his future to the club if he was given a three-year deal worth £250,000-a-week.

The Gunners have since agreed to those terms with further bonuses due to be paid relating to performance, including an additional payment if Arsenal qualify for the Champions League or if Aubameyang wins the Premier League Golden Boot in any of the next three seasons.

Aubameyang has also been given assurances that the club will back Arteta as best they can in the transfer market with the imminent signing of Willian on a free transfer from Chelsea viewed as an important acquisition adding experience and proven pedigree to a predominantly young squad.

The deal represents a significant increase on his £180,000-a-week salary and is recognition for a remarkable goalscoring record with 70 goals in 109 appearances since joining from Borussia Dortmund for £56 million in January 2018.

Retaining Aubameyang is a significant step for Arteta as he looks to transform Arsenal into a top four side next term.

The club's precarious financial position was underlined this week when 55 staff were made redundant in addition to a radical overhaul of the club's scouting network in which they informed head of international recruitment Francis Cagigao and head of UK scouting Peter Clark their jobs no longer existed.

A consultation period with staff is continuing with the majority of cuts expected in the commercial and hospitality departments, areas taking sustained hits due to the absence of fans as a result of the coronavirus pandemic.

Sources have told ESPN the financial saving resulting from these cuts is dramatically higher than the reported £2.5m figure and the club's transfer budget remains unaffected by the cuts to non-playing staff.

Arsenal will seek to raise funds by offloading several fringe players including Ainsley Maitland-Niles, Mohamed Elneny, Rob Holding and Lucas Torreira while the club are keen to find a buyer for Mesut Ozil, who has a year remaining on his £350,000-a-week wage.