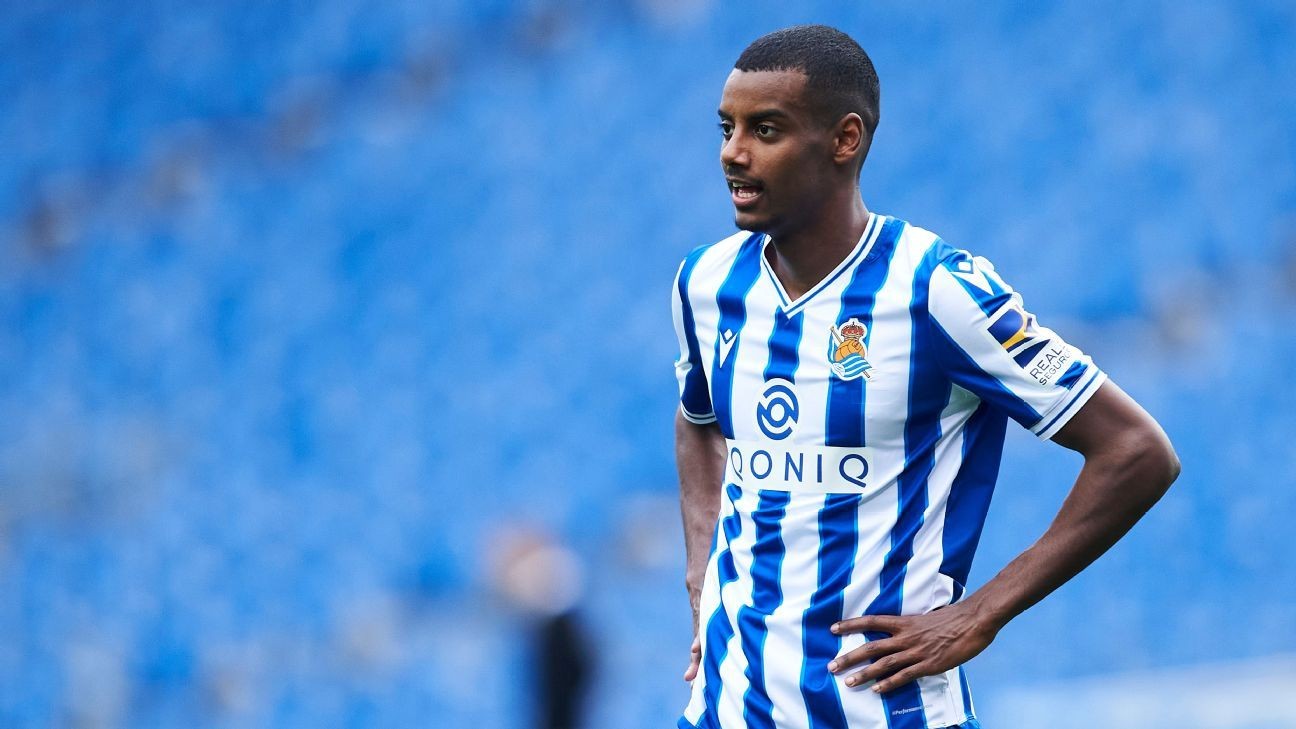 Barcelona have intensified their interest in Real Sociedad's Alexander Isak as they look to bring in a new striker this summer, sources have told ESPN.

Martin Braithwaite has been Barca's only No. 9 since September, when they sold Luis Suarez to Atletico Madrid in a deal that could be worth up to €11 million.

- Messi: Should he stay at Barca or join PSG, Man City?
- Stream FC Daily on ESPN+

Financial restraints and the lack of a president have prevented a replacement coming in so far, despite coach Ronald Koeman's pleas for Lyon's Memphis Depay, but the club hope it will be possible to turn to the transfer market at the end of the season.

There's an awareness at Barca that bringing in a new forward will be a priority for whoever is elected as the club's new president on March 7.

Sporting director Ramon Planes is working on reports and tracking several players to make the incoming president's job as easy as possible.

Isak, 21, is a player who has been on the club's radar for a while and his performances since moving to Spain in 2019 have impressed Barca scouts, who believe similarities between Real Sociedad and Barca's playing styles would ease his adaption.

The Sweden international has built on an impressive debut season with La Real, which included a brace against Real Madrid, by scoring 12 goals in 20 La Liga appearances this term.

He has a contract until 2024 in San Sebastian and his release clause is €70m, although Borussia Dortmund have a buy-back option worth €30m, with Cadena Ser reporting they could look to use that if they sell Erling Haaland.

Isak is one of several players Barca are following. Their financial situation in the summer and their ability to sell players will influence what they're able to do in the market.

One of the candidates for the presidency, Toni Freixa, has said he has a deal in place to sell 49% of Barca Corporate for €250m, money which could then be re-invested in the squad, despite the club's gross debt reaching nearly €1.2 billion.

Freixa even said it could be possible to sign Dortmund's Haaland and Paris Saint-Germain's Kylian Mbappe.

Haaland, a striker Barca hesitated on last year when he left FC Salzburg and therefore missed out on him, would be the preferred option among the candidates for the presidency, with Joan Laporta and Victor Font competing with Freixa.

Laporta has not spoken about the possibility of a deal but his close relationship with Haaland's agent Mino Raiola is well known.

However, given the cost of the deal and the competition for his signature, work is being done on alternatives.

In addition to Isak, ESPN revealed in November that Benfica striker Darwin Nunez had drawn interest, but his recent performances have seen the club take a step back for now.

Inter Milan's Lautaro Martinez is another long-term target but his price could also prove prohibitive.

Barca are also looking into players who are out of contract this summer. Manchester City's Sergio Aguero falls into that category and sources have told ESPN he has been offered to them. He could provide a short-term fix until they're able to spend more.

Lyon's Depay is another player whose deal expires at the end of the season. Koeman wanted to sign him last September but Barca were unable to fit him into their La Liga-imposed salary cap.