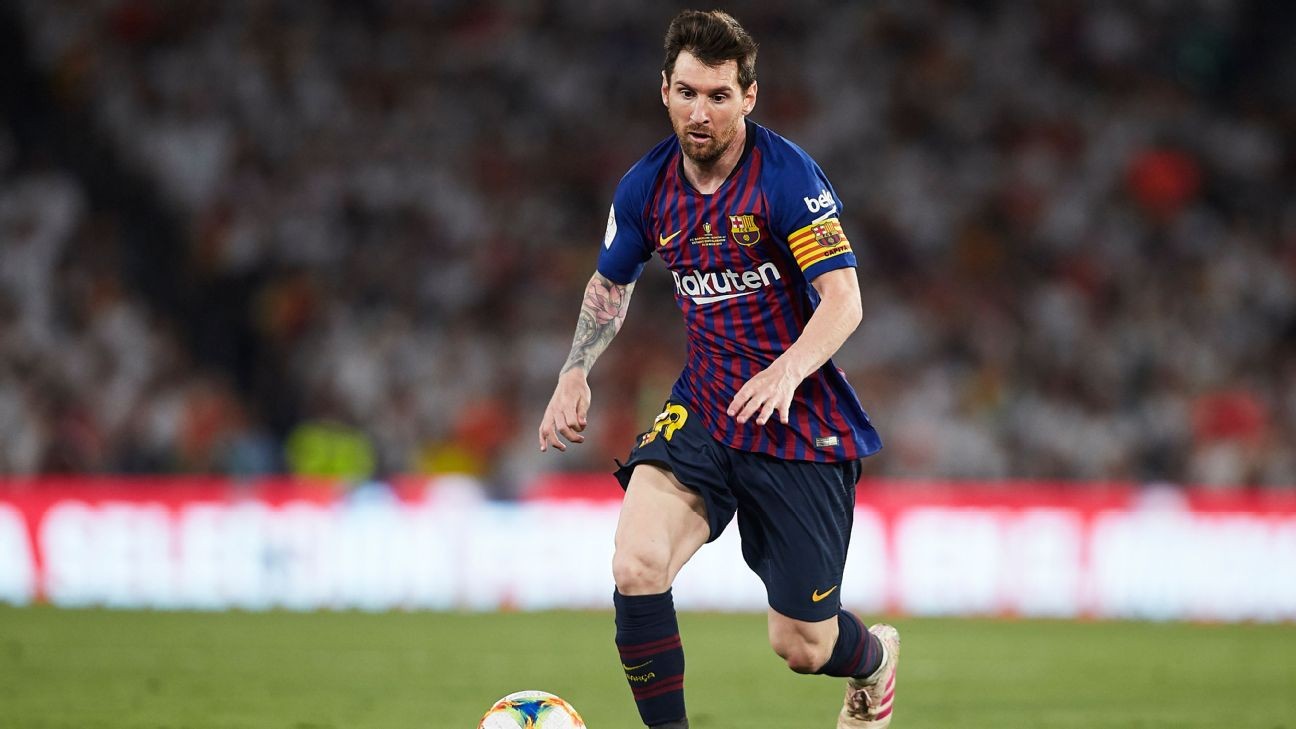 With the summer transfer window coming to an end, Sid Lowe says Barcelona will probably have to overpay to get Neymar to Camp Nou.

Antoine Griezmann discusses what it will be like to play with Lionel Messi and Luis Suarez and teases a brand new celebration for his first Barcelona goal.

Barcelona are set to open talks with Lionel Messi to extend the forward's contract until 2023, sources have told ESPN FC.

Messi, 32, is in the final two years of his deal and Barca are keen to get him to commit to Camp Nou beyond 2021. It would be the 10th contract he has signed with the Catalans since his first professional deal in 2004.

Barca president Josep Maria Bartomeu will lead the negotiations with Messi's father, Jorge, who also acts as his agent. There's a clause in Messi's contract to extend the terms by an additional 12 months until 2022, but Bartomeu is keen to reach a completely new agreement to tie him to the club for four more years, when he will be 36.

Bartomeu is aware Messi's main interest is not only financial and hopes to offer him the best squad possible as Barca continue to seek their first Champions League trophy since 2015.

The Barca president told ESPN FC in an interview in April he planned to offer Messi a lifetime contract at some stage, despite the fact his mandate ends in 2021. Messi last renewed in 2017, although for a while there was some uncertainty about his future as he was allowed to move into the final 12 months of his contract.

The club announced the deal in June, with Messi's father penning the terms of the agreement before Neymar's world-record move to Paris Saint-Germain, but it wasn't until November that Messi eventually signed the contract.

A year later, following the departure of Ronaldinho, he signed another new deal and, in 2009, after helping Pep Guardiola's Barca win the treble, he signed a seven-year deal with a €250m buyout.

Despite having a contract until 2016, at the beginning of 2013, Messi signed another new deal and then extended again in 2014, just before the World Cup, before signing his most recent deal in 2017.

Messi has always maintained that he would like to end his career "at home" in Barcelona.

Jordi Alba and Sergio Busquets both signed extended terms last season, leaving Rafinha as the only player in the squad who is out of contract next summer. Ivan Rakitic, Arturo Vidal and Luis Suarez's deals all expire in 2021, like Messi's.