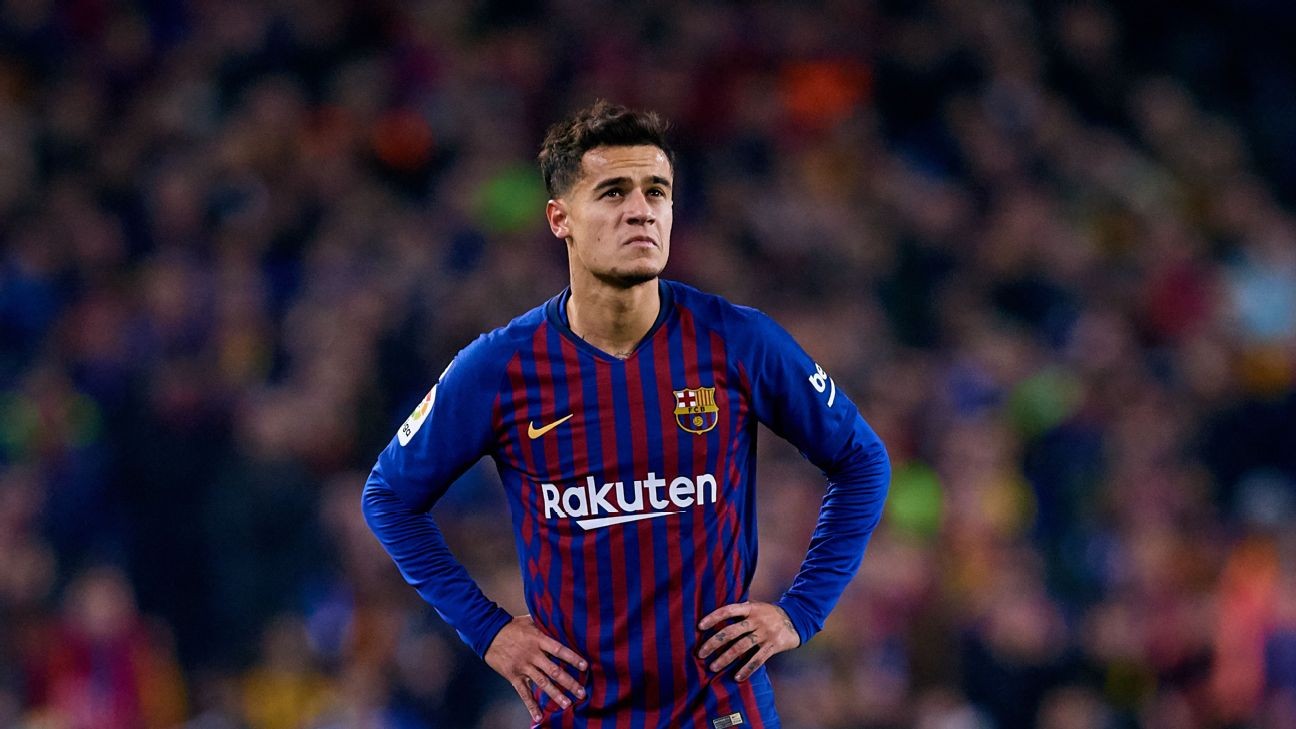 Steve Nicol says Liverpool need quality attacking depth and bringing back Philippe Coutinho could be a sensible move if they can afford him.

Barcelona had classified the sale of Philippe Coutinho as a priority this summer but sources at the Catalan club have told ESPN FC there's "concern" about the fact they have still not received a single offer for the Brazilian.

With just eight days to go until the transfer window closes in England, Barca are now worried that there will be no bids from Premier League clubs for Coutinho.

Barca paid an initial fee of €120 million to sign Coutinho from Liverpool 18 months ago, with up to €40m more due in possible add-ons. Sources have told ESPN FC it is going to "take a lot" to find someone willing to pay that much for him now, despite the fact the Spanish champions would be prepared to sell for around €105m.

Chelsea saw him as a possible replacement for Eden Hazard, who left for Real Madrid. Intermediaries sounded out the situation at the start of the summer but a transfer ban ended the Blues' interest. Various reports suggested Liverpool were keen on re-signing him, too. However, that was never an option, as Jurgen Klopp explained in an exclusive interview with ESPN FC this month.

"It's just not possible. As I said, having him would make each team better -- us included -- but I really hope that he finds his luck at Barcelona."

Barca also hoped interest may develop from Manchester United as Paul Pogba looked for a move away from Old Trafford. But with just over a week left before the transfer window shuts in England, the France midfielder remains at Old Trafford and no one from United has called Barca to express an interest in Coutinho.

Without any offers from England, the other option Barca have been hanging on is Paris Saint-Germain. The French transfer window remains open until Sept. 2, and sources told ESPN FC earlier this summer that Coutinho could be included as a makeweight in a possible deal for Neymar.

However, sources at the Catalan club have said doing a deal for Neymar is looking "very difficult" but they would still be open to selling Coutinho to PSG if they get near the €105m asking price.

Barca, therefore, are increasingly concerned that they will not bring in as much money as they were hoping for this summer. Their model has become more reliant on player sales in recent years and, as revealed by ESPN FC, they had hoped to bring in €150m for Coutinho, Rafinha and Malcom before the end of August.

Malcom does look set to leave, though, with negotiations advanced between Barca and Zenit Saint Petersburg over a deal worth around €40m, while Rafinha is courting interest from Valencia and Italy.

Meanwhile, Ousmane Dembele, another player linked with a big-money exit after the signing of Antoine Griezmann, has been impressing in preseason.

Barca coach Ernesto Valverde has seen an improvement in his attitude after asking him to be more disciplined tactically. In principle, Dembele will remain at the club. The arrival of Griezmann, his France international teammate and friend, has gone down well with him.

Only a possible return for Neymar could change things, given that the Brazil international would bring increased competition.