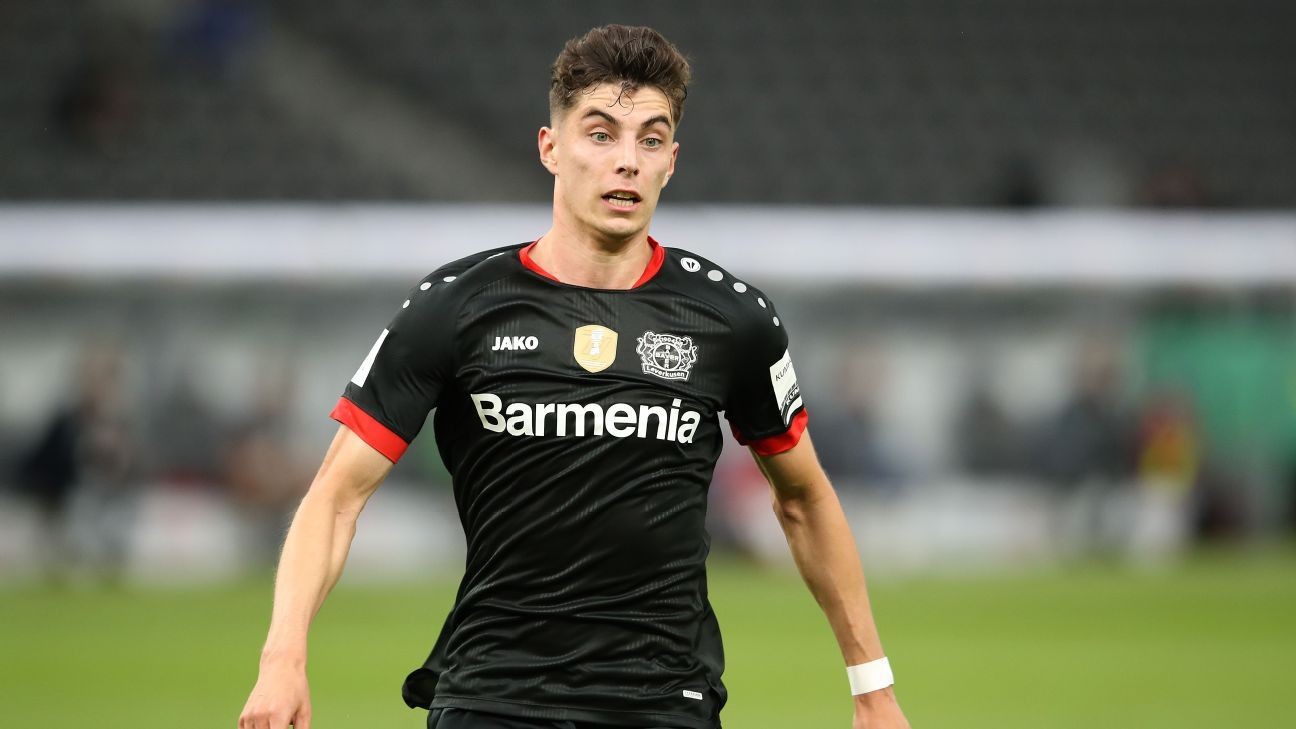 Chelsea are pushing ahead with a deal to sign Bayer Leverkusen's Kai Havertz after the forward indicated he wants to move to Stamford Bridge this summer, sources have told ESPN.

Frank Lampard's side are yet to agree a fee for the 21-year-old but remain hopeful they can drive down the £90 million asking price given Havertz has indicated he does not want to stay at the Bundesliga club for another season.

Bayern Munich have already pulled out of the running and with several other clubs reluctant to commit such significant funds on one player, Chelsea have been left in pole position. Real Madrid retain an interest but have not yet shown a willingness to make a formal offer.

Lampard is keen to revamp his attack having already completed the signings of Hakim Ziyech from Ajax and Timo Werner from RB Leipzig. Havertz can play as a central striker but also as a No. 10 or out on the flank and that versatility is seen as an important trait as Lampard attempts to build a team with more unpredictability.

Chelsea are thought to be willing to spend around £70m on Havertz while also pursuing a deal for Leicester City full-back Ben Chilwell.

The club are not under immediate pressure to sell having served a FIFA transfer ban last summer and opting not to enter the market in January when having their suspension reduced on appeal.

But there are expected to be a series of departures to help balance the books, with Emerson Palmieri, Michy Batshuayi, Marcos Alonso and Davide Zappacosta among the squad players allowed to leave.

Pedro and Willian are still expected to depart at the end of this season and although Lampard has ruled out selling N'Golo Kante, Jorginho's future continues to be uncertain after he was left out of Tuesday's 3-2 win at Crystal Palace.

The midfielder has not played a minute since the restart but sources have told ESPN that Lampard's preference is to keep him next season.

However, Juventus are monitoring his situation and if he remains behind Kante and youngster Billy Gilmour in the pecking order to anchor Chelsea's midfield, the 28-year-old could agitate to leave.

Chelsea are also keeping tabs on Declan Rice at West Ham but for the time being, Lampard is prioritising strengthening other areas of his squad with Havertz viewed as a key acquisition.