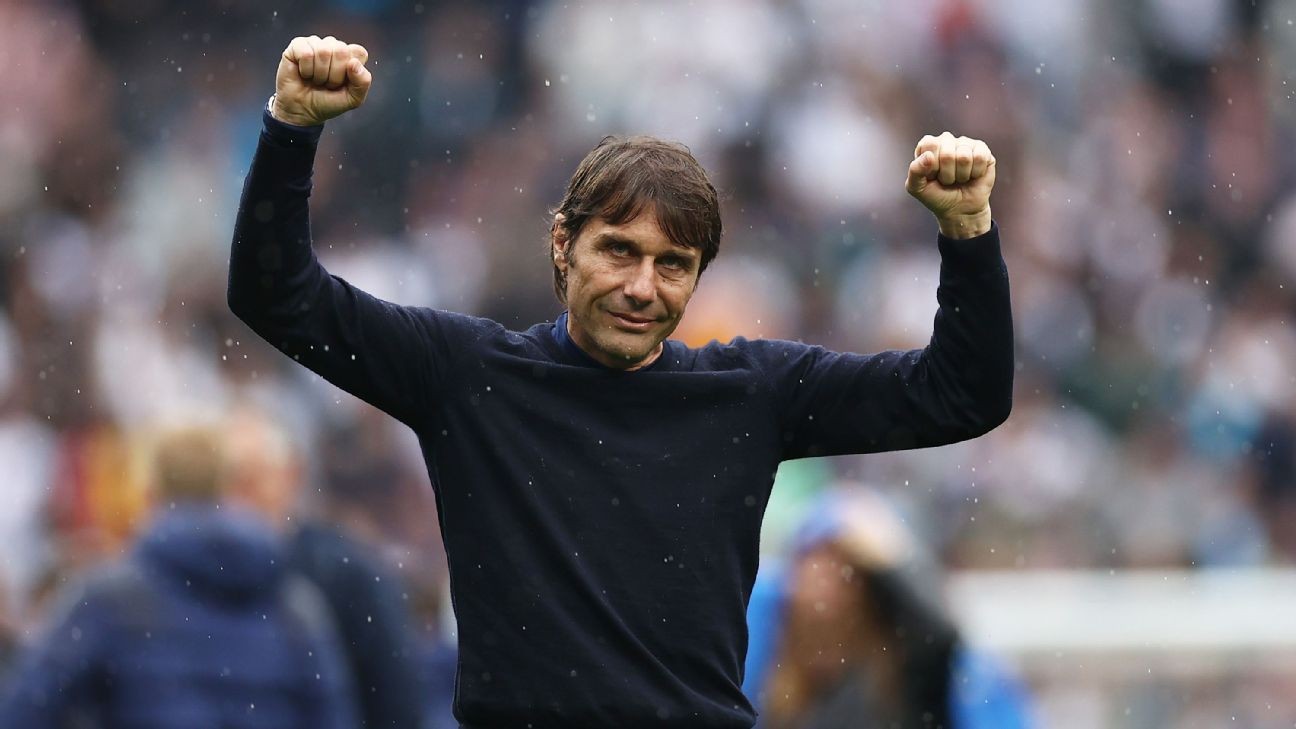 Antonio Conte is expected to stay on as Tottenham Hotspur head coach next season following positive talks with the club's managing director Fabio Paratici in Turin on Friday, sources have told ESPN.

Despite qualifying for next season's Champions League with a 5-0 win at Norwich City on the final day of the Premier League campaign, Conte was coy over his future as he sought discussions over the club's ambitions for next season.

- Olley: Tottenham must give Conte whatever he wants

Spurs have since announced a cash injection of £150 million ($187.64m) from the club's majority shareholder, Enic, to help provide "greater financial flexibility and the ability to further invest on and off the pitch."

After questioning his own value to the club as their top four hopes faded earlier in the campaign, sources have told ESPN that Conte has demanded as many as six summer signings to transform the club into Premier League title challengers.

Conte, who has won league titles with Juventus, Inter Milan and Chelsea, wanted to see that level of ambition reflected by the board, Paratici and chairman Daniel Levy, once all parties had a few days' holiday to reflect on the situation.

Sources suggest Conte has received the assurances he was seeking with the club ready to invest a significant proportion of the £150m investment on new players. The club will now attempt to implement an aggressive transfer strategy which includes signing a central midfielder, two wing-backs, a back-up striker and one centre-back.

Spurs have held an interest in Middlesbrough's Djed Spence -- on loan at Nottingham Forest -- for some time. ESPN revealed in January that the club had two bids rejected.

ESPN also revealed last week that they have made contact with Ivan Perisic as the Croatia winger considers leaving Inter Milan when his contract expires in the coming weeks while Leicester City's Youri Tielemans is another target.