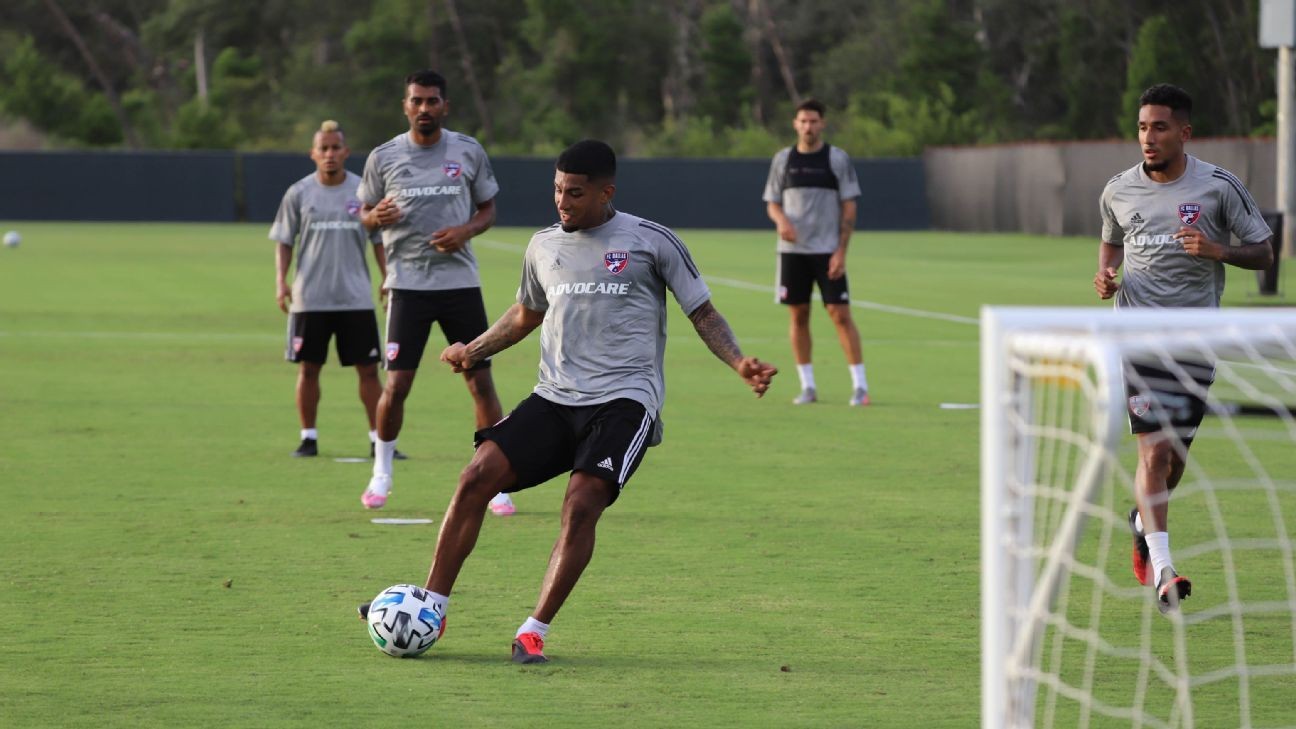 FC Dallas will not participate in the MLS is Back tournament following the high number of positive tests of the coronavirus within the club, sources have told ESPN.

LAFC's Vela out of MLS restart for pregnant wifeMLS is Back Tournament: Why your club can win it all, and why it probably won't

Dallas had three players test positive before the team arrived to Disney's Wide World of Sports Complex on June 27. That has since been followed by 10 players and one coach testing positive for a total of 14 cases. The team has been under quarantine since then, preventing them from training.

FC Dallas was scheduled to play the Vancouver Whitecaps on Wednesday in their opening match of the tournament, but that game was postponed.

Now, FCD will no longer be part of the event, set to run from July 8 through Aug.11.

Speaking with ESPN's Stefano Fusaro on Sunday, FCD head coach Luchi Gonzalez said that the FCD players and staff only able to meet via Zoom while in their hotel rooms.

"The priority is getting guys healthy, feeling safe, so that we can be strong in the long term, which I know we're going to accomplish," Gonzalez said.