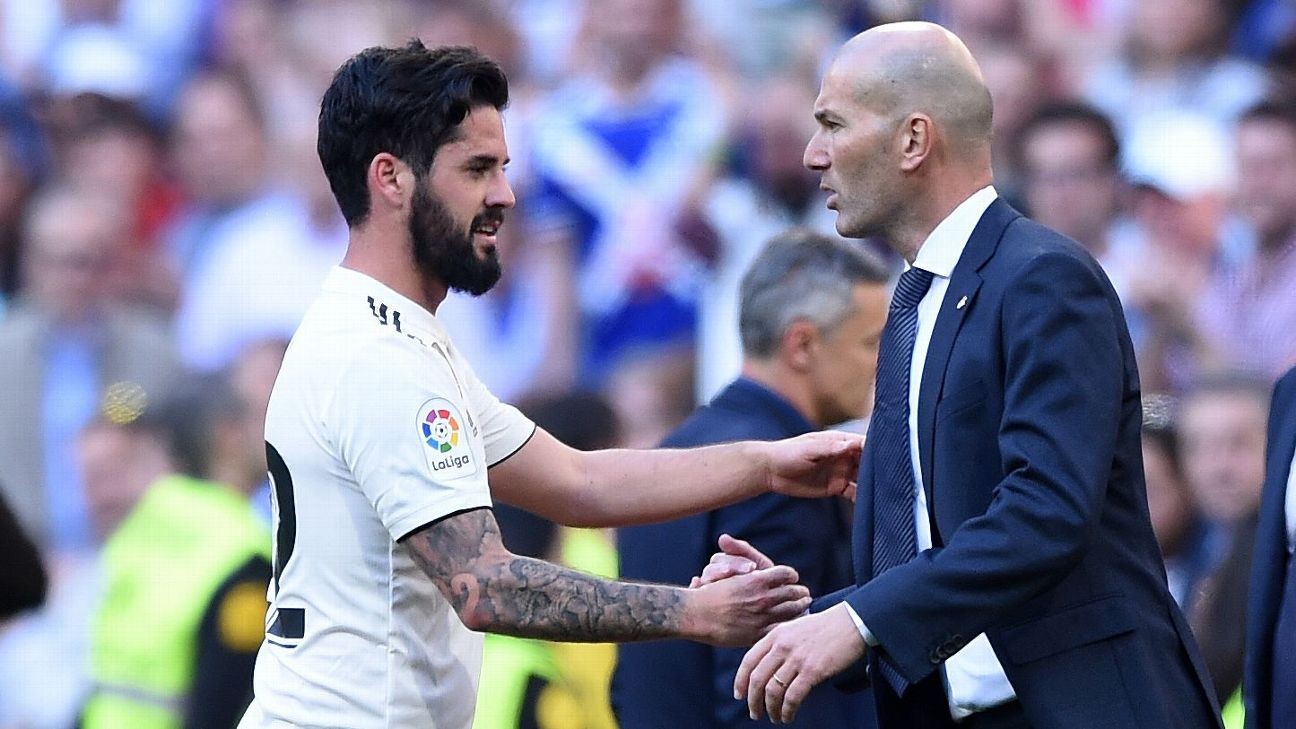 With reports from Spain suggesting a Paul Pogba - Gareth Bale swap is in the works, the ESPN FC panel debate whether Manchester United or Real Madrid would prefer that deal more.

The FC crew make their predictions for where Dani Ceballos is headed after the Real Madrid midfielder posted a photo inside a London telephone booth.

Real Madrid have refused to rule out selling Isco and Marco Asensio if the money could be reinvested in signing Manchester United's Paul Pogba or another marquee midfielder, sources have confirmed to ESPN FC.

Madrid have already spent over €300 million shaking up a squad which failed in 2018-19, with Eden Hazard the headline addition to their forward line, and centre-forward Luka Jovic and winger Rodrygo also arriving.

That puts the futures of Isco, Asensio, Mariano and Gareth Bale in doubt as coach Zinedine Zidane remains keen to add a new central midfielder.

Sources at the club have told ESPN FC that they would be open to selling Isco if a "big offer" is received and that Borussia Dortmund had made an initial enquiry, but the 27-year-old himself decided the Bundesliga club were not "important enough."

Sources close to Isco have told ESPN FC that he remains firm in his intention to stay, especially after his exile from the team under previous coach Santi Solari last winter was ended when Zidane returned as coach.

Madrid sources told ESPN FC that they want to keep hold of Asensio unless a "crazy offer" is received, with the 23-year-old being given one "last chance" to prove himself after his poor form last season. Sources close to the player said he is keen to take this opportunity to earn a regular starting spot during 2019-20.

The club are still looking to sell at least one big name this summer, although at this point even Zidane is accepting that it will be difficult to sell Bale at their €80-100m asking price.

Others more likely to leave in the near future include James Rodriguez, Lucas Vazquez and three players who won the European Under-21 Championship with Spain this summer -- Dani Ceballos, Jesus Vallejo and Borja Mayoral.

Zidane remains hopeful that should more money be raised then it could become possible to bring in Pogba from United, although the Premier League club's valuation of over £150m continues to make that difficult.