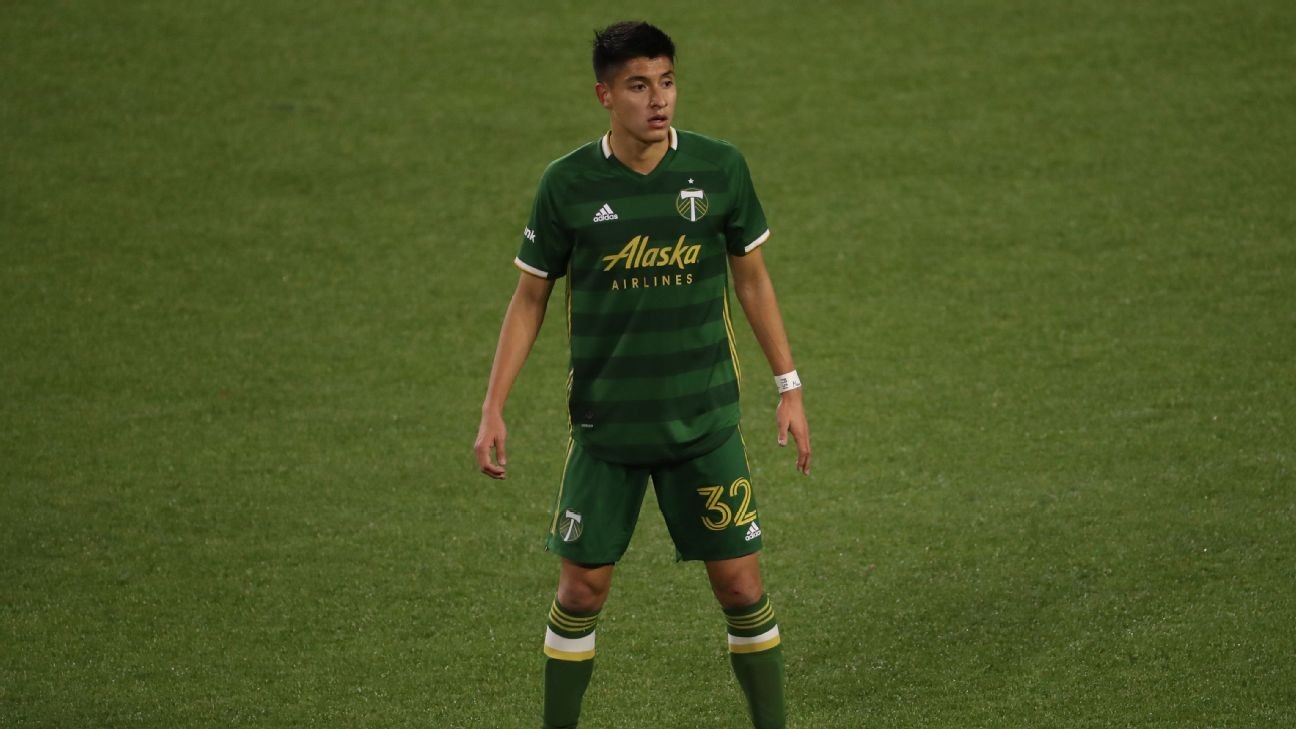 LAFC has acquired right-back Marco Farfan from the Portland Timbers for an undisclosed amount of allocation money, multiple sources have told ESPN.

The move gives the Black-and-Gold some needed help at outside back following a season in which its defensive record slipped into the bottom half of the league. The move is expected to be officially announced at the opening of the half-day trade window on Dec. 13.

Sources also confirmed that Portland has finalized the transfer of outside back Claudio Nicolas Bravo from Argentine side Banfield, pending a physical and visa.

A source with knowledge of the deal indicated that Portland will pay a transfer fee of $1 million with payments spread out over four years for 80% of Bravo's rights.

After breaking into the side in September of 2017, Bravo has made 55 league and cup appearances with El Taladro.

Farfan, 22, was signed by the Timbers to a homegrown player contract in October of 2016, becoming the first product of the team's academy to sign such a deal. Over the course of the next four seasons, Farfan made 37 league and cup appearances with the Timbers' first team, while also seeing time in the second tier USL Championship with Portland Timbers 2, the club's reserve side. In the most recent campaign, Farfan made 15 appearances, nine of them starts.

A source with knowledge of the situation indicated that Farfan's contract was expiring and that he was eager to find a new challenge. LAFC was able to oblige.

At international level, Farfan has made two appearances with the U.S. U-23 team. He has been called into training camp with the full USMNT squad ahead of the Dec. 9 friendly against El Salvador.