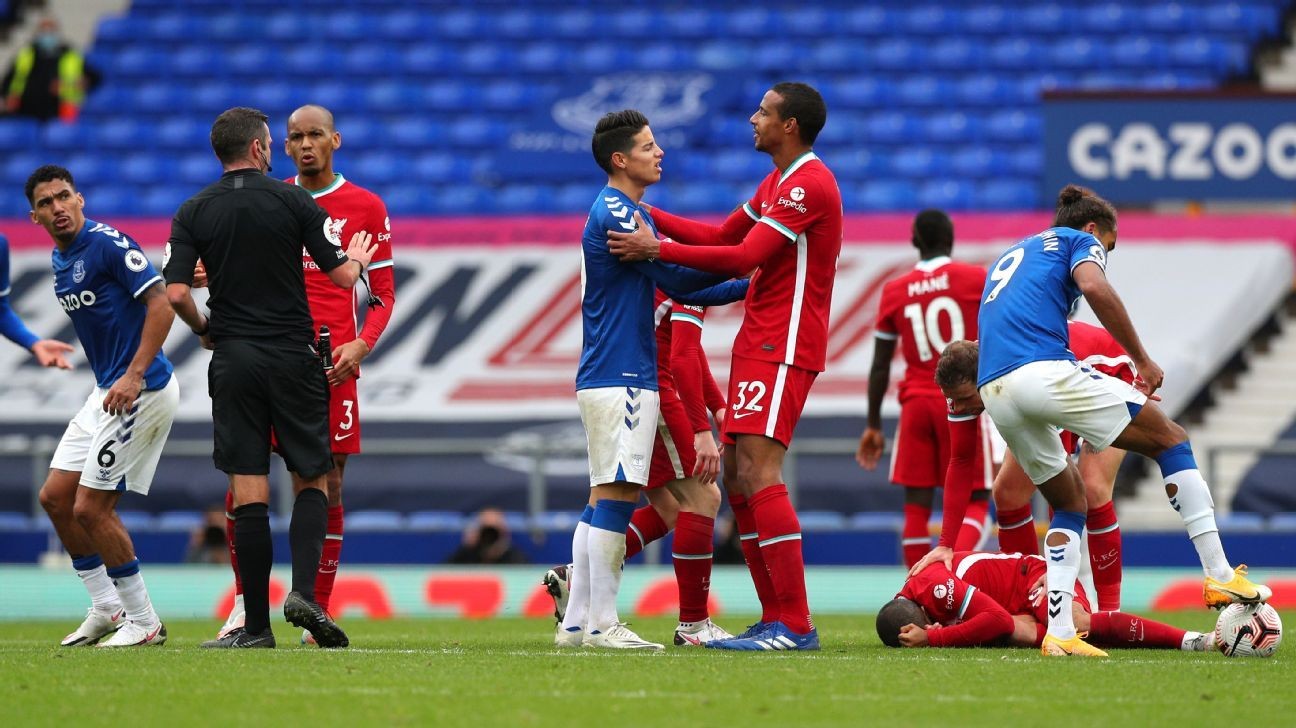 Liverpool are seeking answers from the Premier League and Professional Game Match Officials Board (PGMOL), sources have told ESPN, after being left concerned and confused by the explanations of controversial VAR decisions during Saturday's 2-2 Merseyside derby draw against Everton.

The fiery encounter has resulted in Liverpool players Virgil van Dijk and Thiago Alcantara being sent to hospital for scans amid concerns that the pair suffered knee ligament damage following challenges by Everton's Jordan Pickford and Richarlison respectively.

Van Dijk is visiting a consultant on Sunday amid concerns that he has suffered a season-ending cruciate knee ligament injury.

Richarlison was shown a straight red card by referee Michael Oliver for the 90th minute challenge on Thiago, but goalkeeper Pickford escaped punishment for the fifth minute incident with Van Dijk which saw the Dutch defender limp out of the game.

The failure of the VAR official David Coote to review Pickford's challenge on Van Dijk angered Liverpool, sources told ESPN, to the extent that they demanded an explanation from the PGMOL -- the organisation in charge of referees and VAR.

However, the response so far from PGMOL to Liverpool has, according to sources, been 'contradictory' and lacking transparency.

It is understood that Coote chose not to review the foul on Van Dijk, either for a potential Liverpool penalty or sending off for serious foul play, because the incident came after an offside flag in the same passage of play.

Liverpool are questioning that decision, however, at the same time as seeking an explanation for the ruling out of Jordan Henderson's goal, two minutes into stoppage time at the end of the game, which would have put the Premier League champions 3-2 ahead.

Henderson's goal was chalked off following a lengthy VAR review, which eventually judged that Sadio Mane, who crossed for Henderson, received the ball from Thiago in an offside position.

Video footage and stills of the incident suggest that Mane was onside when Thiago passed the ball.