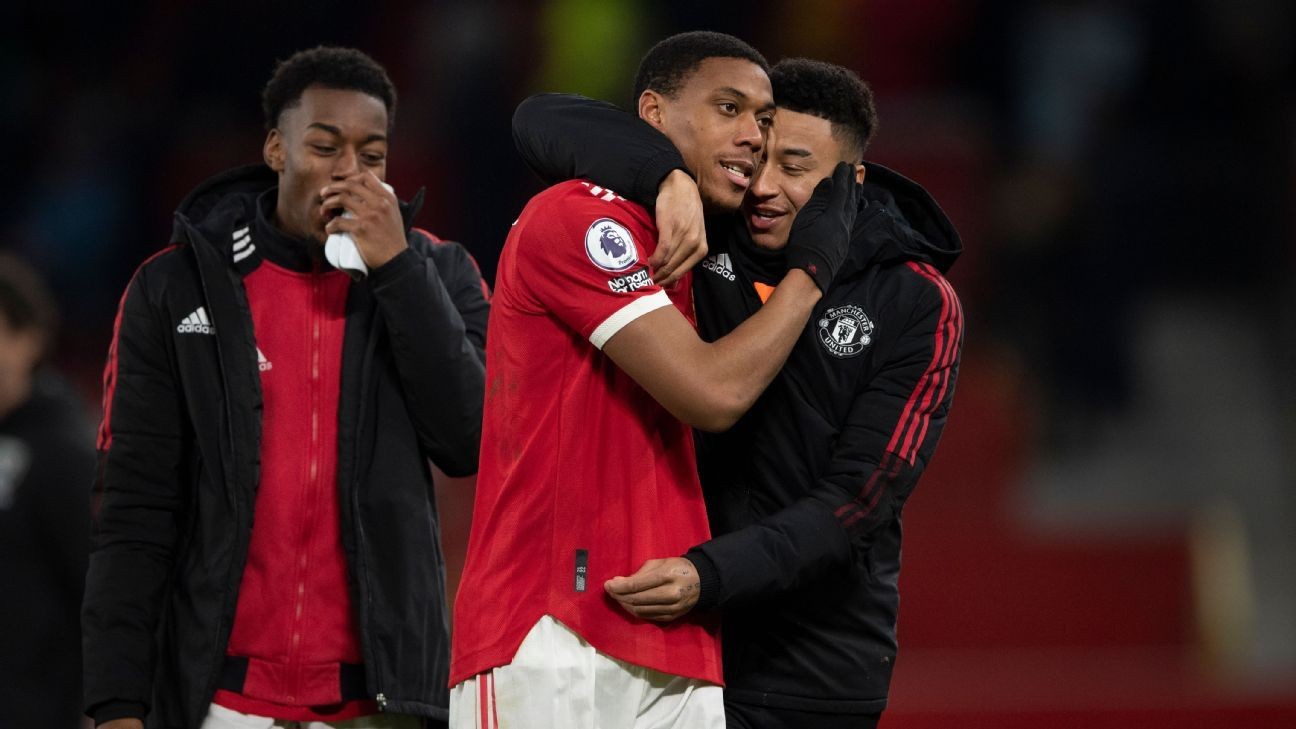 Manchester United are in talks about loaning Anthony Martial to Sevilla and Jesse Lingard to Newcastle United, sources have told ESPN.

Newcastle are waiting to hear if United will sanction a six-month loan move for Lingard. They are willing to pay a fee of more than £5 million to get the deal done but are yet to get the green light from Old Trafford.

Sevilla, meanwhile, are growing confident they will find an agreement for Martial, with ESPN sources in Spain saying a deal may have already been reached between the two clubs and personal terms agreed with the France international.

Martial made his first appearance under interim manager Ralf Rangnick in the 1-0 win over West Ham on Saturday, coming on to play a key role in Marcus Rashford's stoppage-time winner.

His introduction in the second half was booed by some United fans following Rangnick's claim the 26-year-old had refused to travel for the 2-2 draw at Aston Villa -- something Martial has denied.

Lingard, who will be a free agent in the summer, has started just once under Rangnick and is keen to leave to find regular first team football. Sources have told ESPN that Tottenham and West Ham have both had enquiries turned down this month because United do not want to strengthen clubs also competing for a place in the top four.

Lingard has traveled to Dubai to train at the Nad Al Sheba Sports Complex during the Premier League's winter break. The Newcastle squad are currently taking part in a warm weather training camp in Saudi Arabia.

Sources have told ESPN that Newcastle manager Eddie Howe is keen to line up a loan move for Tottenham's out of favour midfielder Dele Alli if a deal for Lingard does not materialise.

United remain hesitant about allowing too many players to leave in January ahead of a busy second half of the season competing in three competitions, particularly because of the continued threat of Covid.