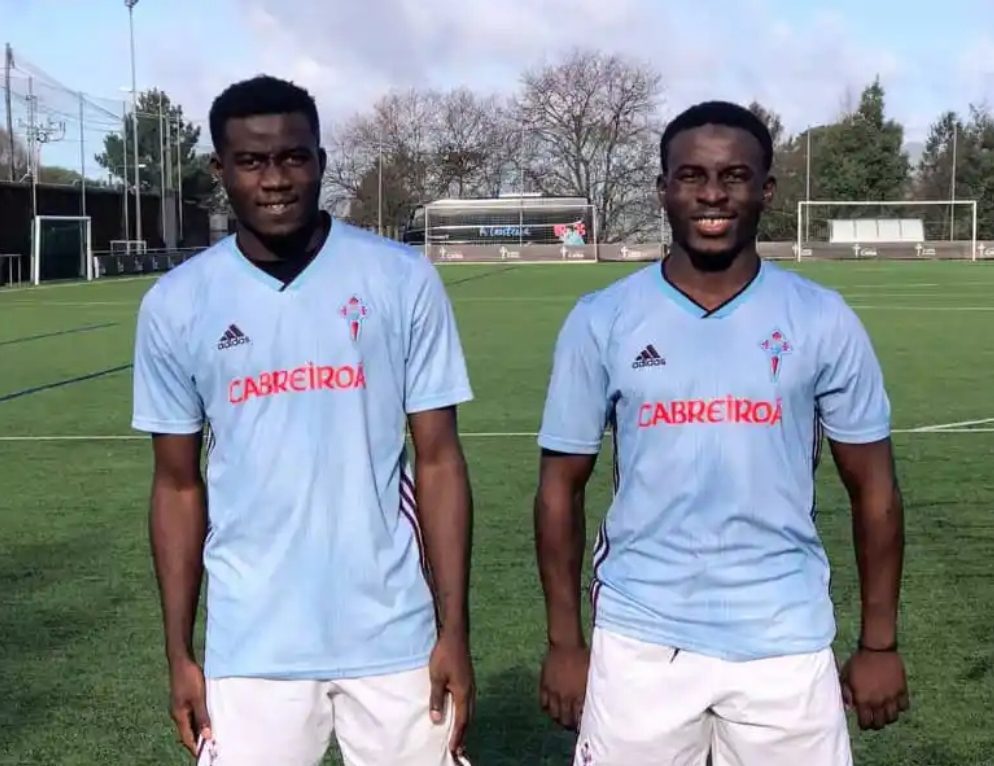 White Wolves, a fourth-tier club established in Madina in Accra have secured a major double scoop for a football experience with the La Liga outfit.

The brothers have been touted as future superstars with immense talent and potential.

Abdul Samed Sally, 19, is well known in the vibrant Madina football community and has been likened to a young Sadio Mané for his aggression and speed.

Yunus Sally, 18, the youngest amongst the brothers is a defender, and is also one of the most sought-after talents as several clubs including giants Hearts of Oak and Asante Kotoko SC are monitoring his development.

The Sally brothers have already landed in Northern Spain to begin training with Celta.

The President of White Wolves FC, Manaf Mendes has confirmed the news and insists that talks have been positive and geared towards the players' comprehensive development.

"We’ve had fruitful discussions with our partners in Spain for several months now and both parties want the best for the boys. There is no pressure at all.

"This is why Yunus and Samed are currently in Spain to continue their football education which would ensure that the best arrangements would be made in the long term," as quoted by dailyviewgh.com

The move could potentially open the doors for other lower division teams like White Wolves to attract similar interest from major clubs in Europe as long as they are well-managed and in good standing.