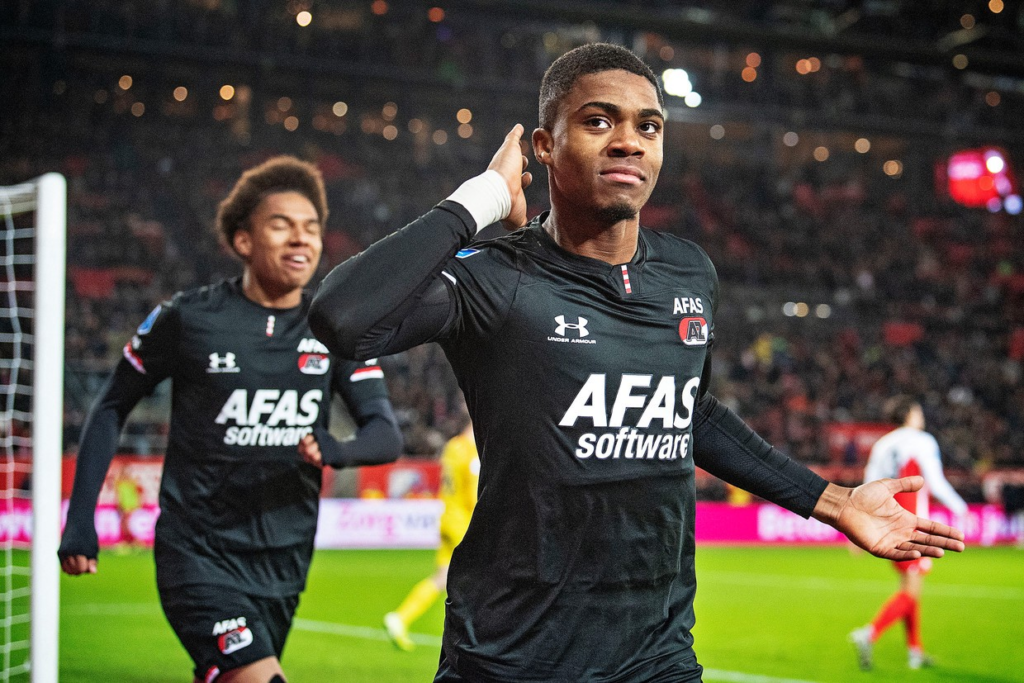 Spartak Rotterdam coach Danny Koevermans is confident AZ Striker Myron Boadu will be snapped up by one of Europe's top sides in the not too distant future.

The 20-year-old has caught the eye and emerged as one of the best young forwards in Europe.

The talented Dutch-born Ghanaian has been excellent, registering 14 goals and 4 assists in 24 league appearances in the truncated  Eredivisie last season.

The Europa League also saw him add another 6 goals and 4 assists to that tally, taking his total up to 20 goals and 8 assists in all club competitions.

In November 2019,  he became the first player born in the 21st century to both play and score for the Netherlands when he found the net on his debut in a 5–0 win versus Estonia.

And Spartak Rotterdam boss Danny Koevermans has tipped the youngster to be snapped up by some of the top clubs in Europe.

"I find that very difficult to say. In any case, he proves that he can easily handle the level of AZ and the Eredivisie. He is still very young, but finds the goal super easy. Hopefully there is a big club that has it in him. looks forward to it. " he said

Boadu was on target for AZ in their 3-1 win at RKC Waalwijk at the weekend.