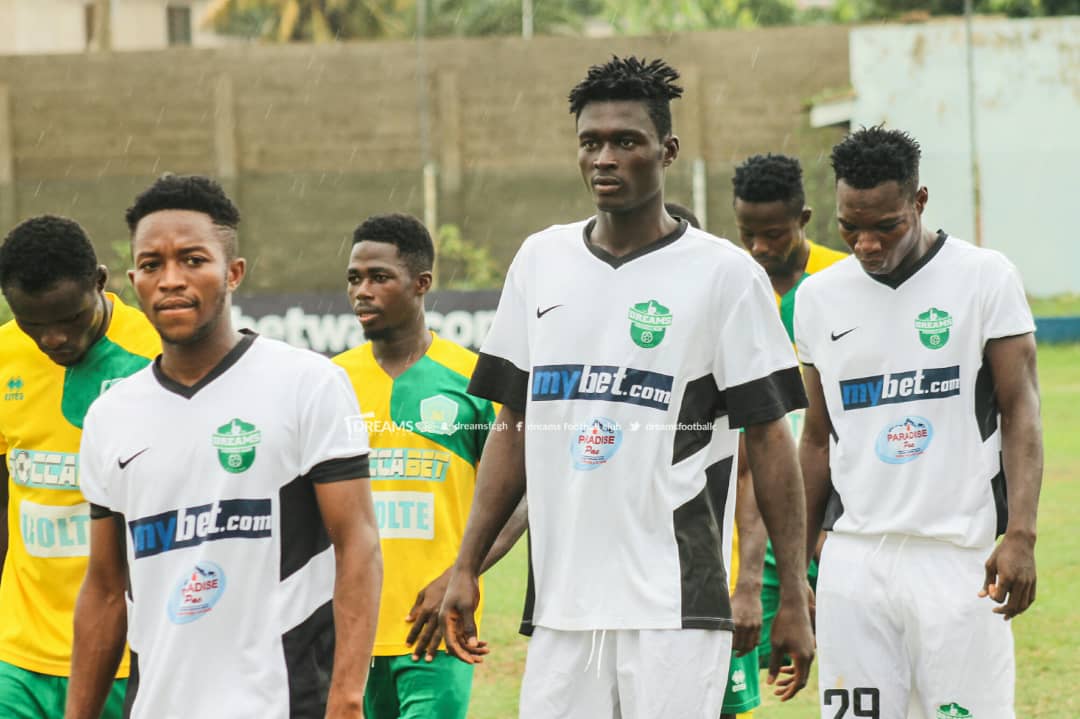 Ebusua Dwarfs suffered back to back defeats in their home fixtures after going down to Dreams FC in their rescheduled match day 12 game.

The game which was rained-off on Wednesday at the Carl Reindorf park after 50 minutes was continued at the Tema Sports Stadium on Thursday morning.

Dreams went into the game leading through a Samuel Alabi strike on Wednesday and with forty minutes left to play, both sides were up for the task.

The game which was relocated following Dwarfs' temporary ban from the Cape Coast Stadium was suddenly awoken from the fatigue of the day before.

Both sides began to create chances, but Dreams took the lead through Richard Addae, his second goal on the row.