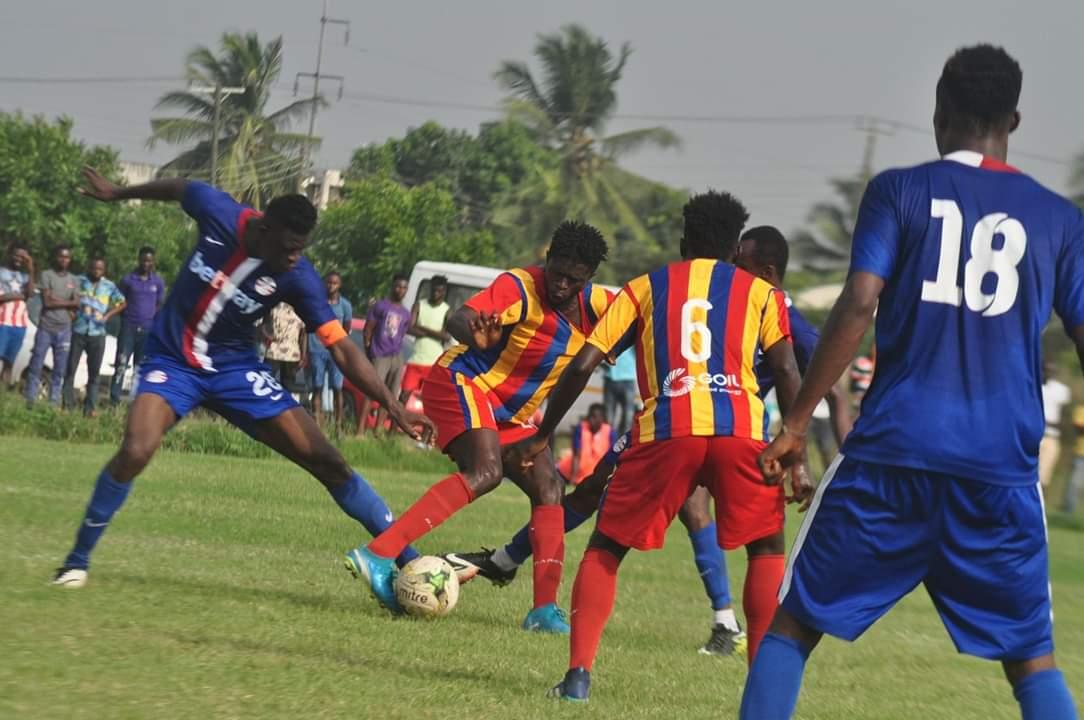 Fresh from a big win on Sunday, the Phobians were frustrated by the Scientific Soccer Lads at the Accra Sports Stadium.

Hearts of Oak began the game on a bright note, dominating the scientific soccer lads but it was Elvis Kyei who had the first real chance for Liberty but his connection missed the post by few inches.

Esso turned the provider after weaving a pass to Michelle Sarpong, but the youngster was a little too late for the pass.

Liberty Professionals were forced into an early substitution after Frimpong Hagan picked up an injury. He was replaced by Michael Sefa in the 34th minute.

The away side were reduced to ten men after Michael Enu brought down Joseph Esso just a minute left to go to recess.

The game remained barren with the hosts in control of the half.

Liberty, with a man down returned from the break eager to break the deadlock but a swift move by the Dansoman based club was stopped by Mohammed Alhassan.

Moments later Joseph Esso’s edge of the box free kick hit the ball with the rebound from a poor effort.

Manaf Umar could have opened the scoring after a defensive mix up by Liberty but defender Shaibu blocked the effort of the teenager.

Coach Kim Grant made two substitution for the home side bringing on Kofi Kodzi and Malik Akowuah for Obeng Jnr and Manaf Umar respectively.

Hearts continued to dominate the game as Liberty became more resolute hoping to break in the counter.

In a frenetic final ten minutes second half substitute Kofi Kodzi missed a golden opportunity when presented with an empty net.

The game ended goalless with Liberty picking up a valuable away point.