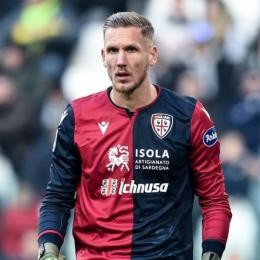 Meant to join AS Roma back, once his year-long Cagliari loan spell is over, Swedish international goalkeeper Robin Olsen (30) has been approached by Sporting Lisbon, through a swap deal proposal having Marcos Acuña supposedly move on the other way around. So far, Italian club turned down such offer, according to A Bola. Still on a parent-club deal with Giallorossi until June 2023, former Copenhagen stopper has also been inquired about by Montpellier.