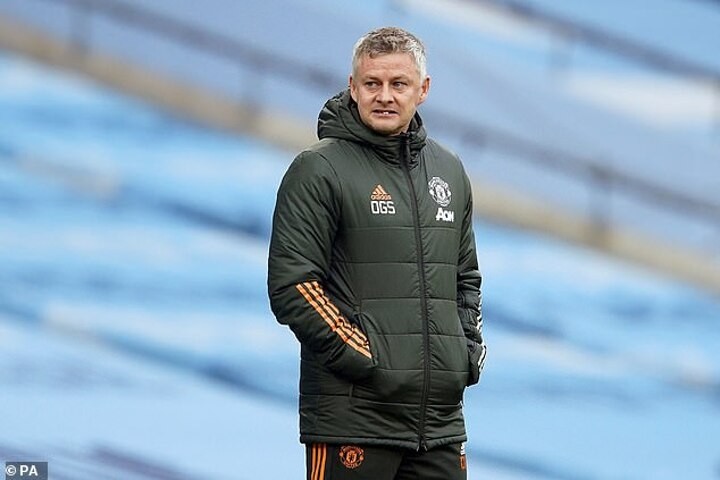 While their patience with manager Ole Gunnar Solskjaer has won praise in certain quarters, Manchester United have taken a very different approach with an under-performing agency.

US-based Toppan Merrill dropped the ball in November when they published the club’s quarterly financial results a day early, triggering a major headache at Old Trafford.

The error was put down to a test run but sources have disclosed that the Americans are no longer working with the club.

'Maverick' Maddison was a no-show

Turning up at full-time for a match you were expected to be in the squad for is bad enough but, when you are staying in the hotel 50 yards from the stadium, it is even worse.

That was the bizarre situation at Bolton for their last home match when Marcus Maddison was a no-show.

The former Peterborough and Hull winger, 27, signed on deadline day from Charlton in February, was nowhere to be seen at the 1.30pm meet ahead of the League Two clash with Barrow.

When he finally got there, he had some explaining to do, with sources claiming he had ‘slept in’.

Maddison, described as a ‘maverick’ by Posh owner Darragh MacAnthony, was sent off on his Bolton debut but had the red card rescinded.

West Ham have struck while the Irons are hot by becoming the first Premier League club to sell season tickets.

The Hammers, who host Leeds on Monday, have frozen prices and are allowing those over 70 or clinically vulnerable to defer for a year at no cost.

Their move is an indicator of increasing confidence that some form of normality will return ahead of the new campaign.

Interesting to see the European Olympic Committees promoting a free scholarship for a Masters in Sports Administration at the Russian International Olympic University.

According to the EOC website, the course allows students to learn how to ‘effectively manage sports venues, clubs, financial and information flows’.

Anti-doping issues are also covered — just as well given it is based at the RIOU’s campus in Sochi, the city whose 2014 Games became known for doping.

Warm welcome for Matterface at Burnley

The first rule of any trip to Turf Moor is do not forget your coat.

However, that is the fate which befell talkSPORT’s Sam Matterface when he covered Burnley’s Premier League match with Arsenal on Saturday on a chilly afternoon.

Generous Clarets’ officials raided the club store to ensure the commentator did not end up with hypothermia — although he did have to turn the garment inside out when he spoke to Gunners boss Mikel Arteta after the 1-1 draw.

On Monday’s International Women’s Day, UK Coaching is calling for more women to enter coaching. The charitable organisation, which exists to support the nation’s three million coaches, want gender equality in the next five years.

Before the pandemic, female coaches made up 43 per cent of coaches, a drop from 46 per cent in 2017. That figure may well drop again when restrictions ease.

Emma Atkins, director of coaching, said: ‘Gender equality in sport has made considerable strides in recent years but we must move towards a balanced coaching workforce — and that means showing women that coaching is for them. We are calling on sports organisations to work with us in our mission to achieve an equitable 50/50 split in the next five years.’

Friend is seen as a foe of Villa

Way back on August 31, 2019, Kevin Friend infuriated Aston Villa when he disallowed what would have been a stoppage-time equaliser by Henri Lansbury against Crystal Palace at Selhurst Park.

The official instead awarded a free-kick after deciding Jack Grealish dived in the build-up. Fast forward 19 months and the top-flight referee is yet to officiate another Villa match.

Friend’s absence may raise questions over the integrity of a competition, in which it appears certain officials are stopped from refereeing matches involving certain sides. David Coote, in charge of VAR for the Merseyside derby which saw Jordan Pickford put Virgil van Dijk out for months, has not refereed a Liverpool game since, and do not expect Lee Mason to be anywhere near a Brighton game for some time.

One insider disclosed the decisions are being made thanks to ‘an awareness of sensitivities’ at Professional Game Match Officials Limited (PGMOL) — but the situation is becoming farcical.

Watmore shows his support for the Blast

New ECB chairman Ian Watmore’s success in building bridges with the 18 first-class counties is demonstrated by the governing body’s promotion of the Twenty20 Blast, with advertisements for the competition ubiquitous on Channel 4 during England’s Test series against India.

Under Watmore’s predecessor Colin Graves, who infamously described the Blast as ‘mediocre’, there were frequent complaints that the ECB showed little interest in marketing the competition and were prioritising ticket sales for the Hundred.

Under the leadership of Watmore, however, the ECB have taken the view that a successful Blast will benefit the Hundred, with chief commercial officer Tony Singh working closely with the counties on ticket sales.

Owners will be banned from the Cheltenham Festival next week with racing battening down the hatches following the controversy that followed more than 250,000 attending last year as the country was about to enter lockdown.

Only those personnel deemed essential will be allowed on the course which is largely accounted for by jockeys, trainers and stable staff, with the media contingent reduced from over 1,000 last year to 62, the majority of whom will be broadcast rights holders.

The British Horseracing Authority’s hardline approach to enforcing Covid-19 protocols is stricter than other sports and appears to have been influenced by the criticism they received for last year’s Festival going ahead.

Good news and bad news for MCC members ahead of the return of crowds to cricket. The good news is that members will be the first spectators to head back to Lord’s after the Covid-19 lockdown. The bad news is they will face restrictions over pavilion access.

Officials are trying to accommodate members along with players and match officials in separate areas of the building but have warned access to the historic building will ‘not be the same as in a normal year’. They hope to make some seating available outdoors on the pavilion concourse.