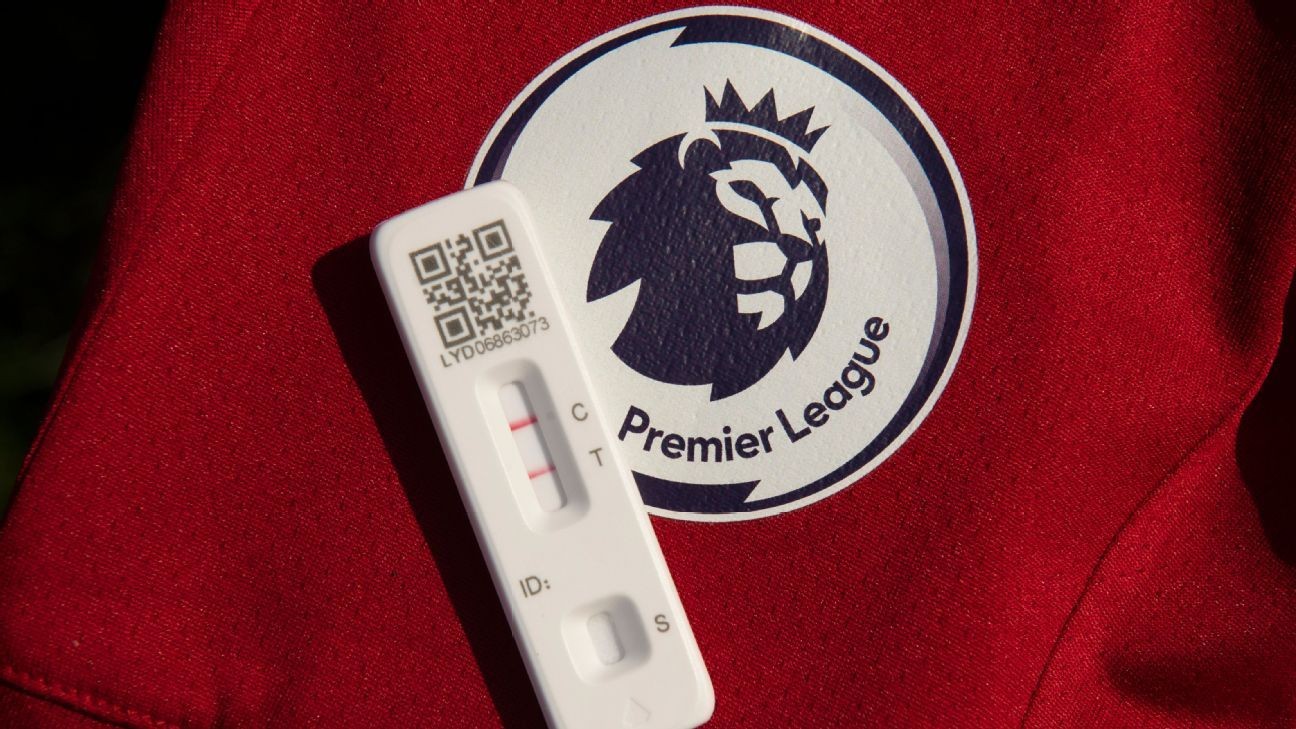 Tottenham Hotspur's home game against Arsenal on Sunday has been postponed, the Premier League announced on Saturday.

The North London derby is the 21st game to be called off in the Premier League this season, after several clubs have struggled with COVID-19 outbreaks within their camps.

It is also the second league game to be postponed this weekend after Leicester City's trip to Burnley was called off on Friday.

Arsenal had requested on Friday for the match against Spurs to be postponed, citing a depleted squad due to COVID-19 cases, injuries and some players participating at the Africa Cup of Nations in Cameroon.

"Following a request from Arsenal FC, the Premier League board met today and regrettably agreed to postpone the club's away fixture against Tottenham Hotspur, due to be played at 4:30 pm GMT on Sunday, Jan. 16," a Premier League statement read. "With Arsenal having fewer than the required number of players available for the match (13 outfield players and one goalkeeper), the board accepted the club's application.

"The decision is a result of a combination of COVID-19, existing and recent injuries and players on international duty at the Africa Cup of Nations. All clubs are able to apply for a postponement if COVID-19 infections are a factor in their request. The League apologises for the inconvenience and disruption caused to supporters who would have attended or watched the game -- we are fully aware that postponements disappoint clubs and fans.

"The League aims to provide as much clarity as possible, but unfortunately postponements sometimes have to be made at short notice, as safety is our priority. Where possible, the league will endeavour to keep supporters updated if games become at risk.

"The Premier League's postponement rules are designed to protect the wellbeing of players and staff, while maintaining the sporting integrity of the competition. Club requests are assessed on a case-by-case basis, based on existing rules and adapted COVID-19 postponement guidance, implemented in light of the Omicron variant.

"The board examines a number of factors, including the ability of a club to field a team; the status, severity and potential impact of COVID-19; and the ability of the players to safely prepare for and play the match. The detail within all applications is scrutinised by the League's specialist staff before the Board makes its decision."

Included in Arsenal's absences are midfielder Martin Odegaard, who is out due to COVID-19, and Mohamed Elneny, Thomas Partey, Nicolas Pepe and Pierre-Emerick Aubameyang, who are competing at the Africa Cup of Nations. Granit Xhaka was already ruled out of Sunday's match after picking up a red card in the Liverpool match while Cedric Soares, Bukayo Saka and Calum Chambers all sustained injuries.

Arsenal manager Mikel Arteta had stated postponement was a "possibility" on Thursday after he was left with just 12 fit outfield players following further COVID-19 and injury problems in the wake of their 0-0 draw against Liverpool in the Carabao Cup semifinal first-leg at Anfield.

On Friday, Arteta added he had been unable to assess the squad's match availability after being unable to fly back from Liverpool, with the league saying the decision would be made on Saturday.

Premier League rules state that teams must fulfil fixtures if they have 14 players -- 13 outfield and a goalkeeper -- available to play, although some clubs have failed to have games postponed in recent weeks because their absences have been largely due to injuries rather than COVID.

Arsenal are fifth in the Premier League, while Spurs are just two points behind their local rivals with two games in hand.