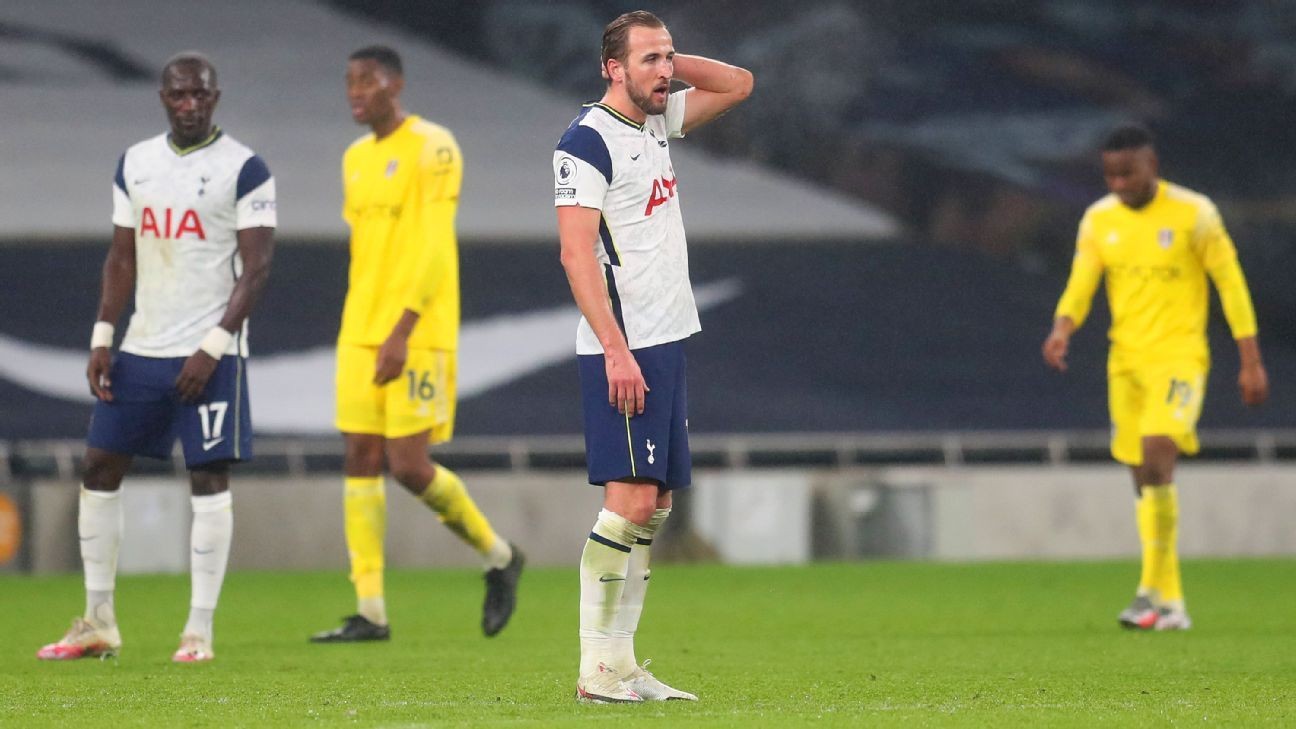 Tottenham blew the opportunity to move into third place in the Premier League table as they were pegged back to draw 1-1 against Fulham at the Tottenham Hotspur Stadium on Wednesday.

Victory would have seen Jose Mourinho's side leapfrog Manchester City, who had earlier recorded a 1-0 victory over Brighton & Hove Albion and they started off well as Harry Kane headed Spurs into the lead on 25 minutes.

Sergio Reguilon had delivered an inch-perfect cross and Kane powered home the opener.

However, as has become familiar of late, Tottenham failed to capitalise on their lead and Fulham grew into the game. The visitors eventually pulled level Ivan Cavaleiro headed home after great work from Ademola Lookman.

Reguilon thought he'd won it when he had the ball in the net on 89 minutes, but it was quickly flagged offside.