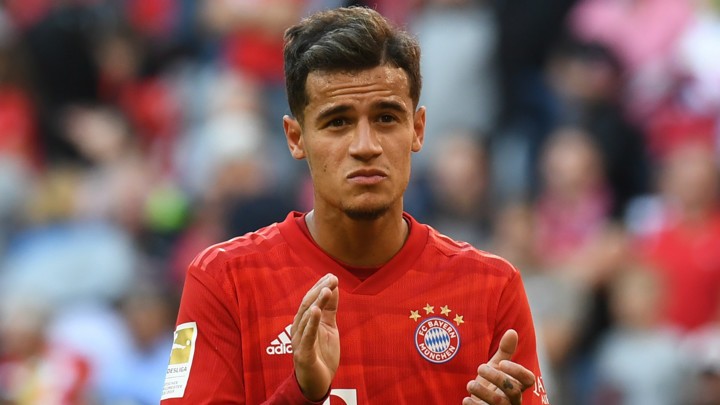 Former Tottenham goalkeeper Paul Robinson says the club can still bring Philippe Coutinho to London despite the uncertainty surrounding the transfer market as a result of the coronavirus outbreak.

Coutinho's future remains unsettled as his year-long loan spell away from Barcelona nears its end.

The Brazilian has spent this season with Bayern Munich, but the Bundesliga club have no intention of purchasing the midfielder outright once that loan deal expires.

With Coutinho's future uncertain, Robinson says he believes that his former club Spurs could be a team in the running and that the Brazil star would be a great fit for Jose Mourinho's side.

“The market will take a hit but there will still be movement of players. I can still see the Coutinho deal being done," Robinson told Football Insider.

“Bayern have not taken the option and he has clearly not been part of Barcelona’s plans for a while now and I can see a move back to the Premier League happening. I think he would be a great signing for Spurs.

“I do not think he has settled since leaving the country and he is clearly a player that suits the Premier League. The league is stronger with him in it, certainly.”

With the Bundesliga still underway after recently returning from suspension, Coutinho has made 32 appearances for the club across all competitions, scoring nine goals.

However, he has not featured in either of Bayern's matches since the Bundesliga's return as he continues his recovery from an ankle injury.

Coutinho joined Barcelona from Liverpool for a €160 million (£140m/$175m) fee, but struggled to replicate his Anfield form at the Camp Nou.

It was at Liverpool that Coutinho emerged as a world-class talent, scoring 54 goals in 201 seasons across six years with the Reds.

However, he was unable to win trophies during his Premier League stay as he left Anfield without any silverware.

He has won two La Liga titles since making the move to Spain, but he fell out of favour as the club signed Antoine Griezmann this past summer.

Bayern, who sit atop the Bundesliga, are set to take on second-place Borussia Dortmund on Tuesday.