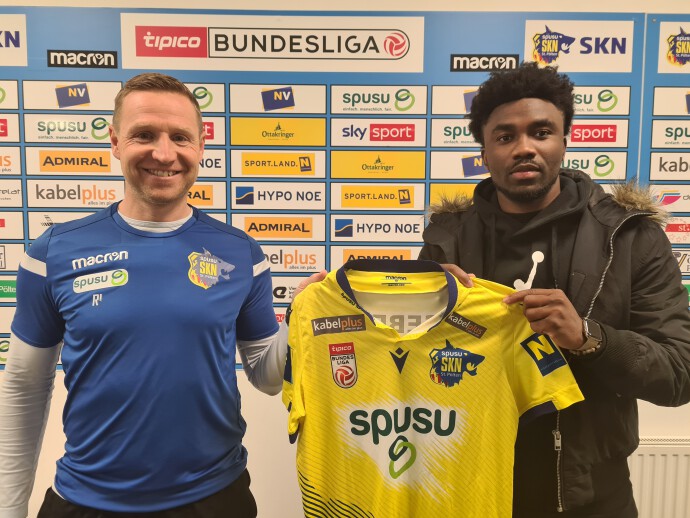 Tetteh completed a loan switch to Polten on Tuesday after he returned from New York Red Bull where he had a short spell.

The 24-year-old Ghanaian who has so far scored 16 goals and 11 assists in 66 Austrian Bundesliga games will be with the Wolves until the end of the season.

Tetteh will wear the number 99 shirt during his time at Polten.

“We wanted to be even more unpredictable for the upcoming tasks on the offensive. With Samuel we have now found a player who, with his technique and speed, brings the attributes we were looking for," he said.

"In addition, he has already proven his skills in the league several times. Therefore we are happy that we can welcome him to our ranks until the end of the season."

Tetteh has previously had loan spells at LASK Linz and FC Liefering since leaving WAFA Academy in July 2016.