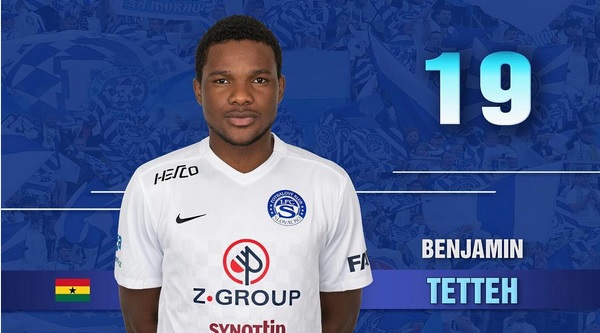 Ghana youth forward Benjamin Tetteh climbed off the bench to make his debut in the Czech Republican top-flight for Slovacko who succumbed to a 3-1 home defeat against Zlin on Friday.

The 19-year-old 6ft 2in striker clinched off the bench in the 63rd minute to take the place of Francis Kone at the Městský fotbalový stadion Miroslava Valenty with his side on level pecking.

Slovacko scored first through Bosnian Eldar Civic with a clinical finish in the 20th minute but his countryman Haris Harba scored twice for the visitors who are leading the league table.

Croatian Marko Jordan sealed the victory for visiting team who finished the game with ten men.

Tetteh completed his loan switch to Slovacko on Wednesday after passing medicals and promised to score goals for the struggling side.