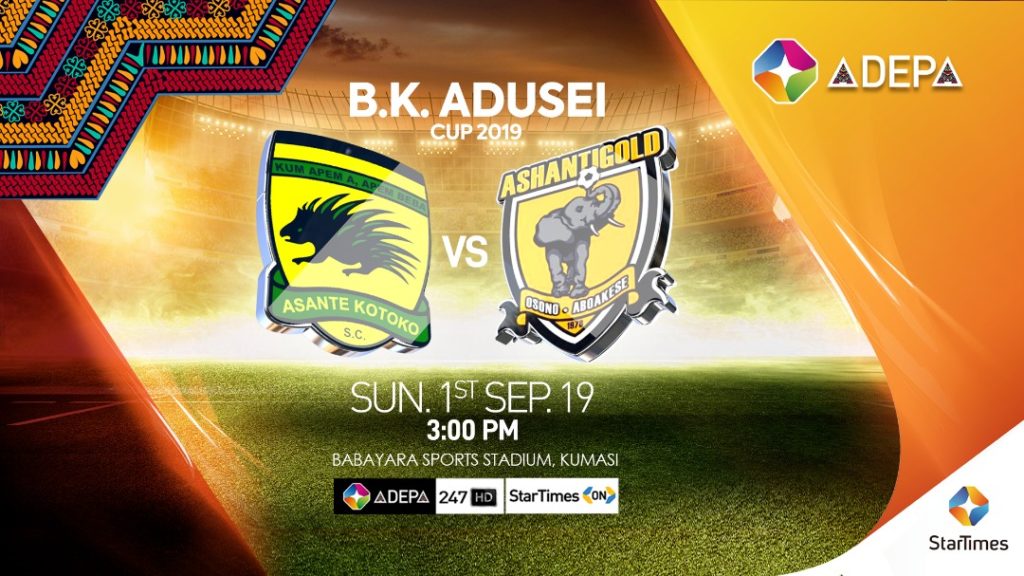 StarTimes have secured the rights to broadcast the B.K Edusei Cup between two regional rivals, Asante Kotoko and AshantiGold at the Baba Yara Sports Stadium on Sunday September 1.

The game will be played in memory of Benjamin Kyem Edusei(BK Adusei) formerly a Board Chairman of Asante Kotoko. Healso served as the first Accra Representative for the club.

According to the organizers, the game is to raise funds for the Foundation which is purposed to support old players of Asante Kotoko and also to honour the late patron of the club, B.K Edusei for his unflinching contribution towards the Club in the 1970’s.

The bragging rights are up again in the Ashanti Derby. Kotoko vs AshGold in the B. K Adusei CUP this Sunday, 1st September, live and exclusively on StarTimes Adepa TV channel 247 from 3pm.