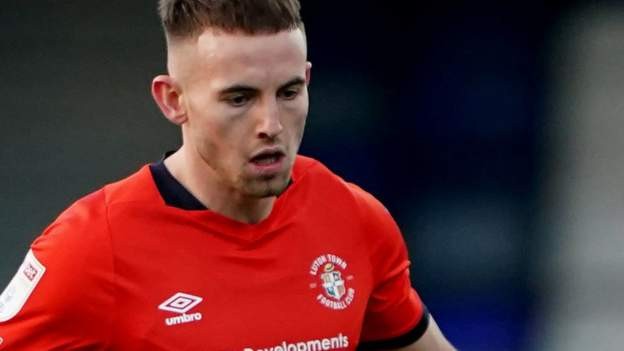 Rhys Norrington-Davies played against Stoke for Luton in October

Stoke City have signed Wales left-back Rhys Norrington-Davies on loan from Sheffield United until the end of the Championship season.

The 21-year-old had been on loan with Luton but was recalled by the Premier League Blades earlier on Tuesday.

Norrington-Davies is yet to appear for his parent club but played 22 times for Luton in the first half of the season.

"I'm sure he will be a key addition to our defensive resources," said Stoke manager Michael O'Neill.external-link

Norrington-Davies, who has also spent time on loan at Barrow and Rochdale, has three Wales caps, having made his international debut in October 2020.

He is Stoke's second January signing, with Wales winger Rabbi Matondo joining on loan from Schalke on Thursday.