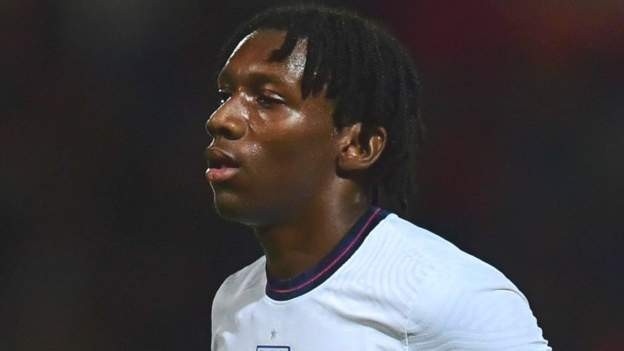 Jaden Philogene-Bidace made his England Under-20 debut in September

Stoke City have made their fourth January transfer window signing by bringing in midfielder Jaden Philogene-Bidace on loan from Aston Villa.

The England Under-20 international made his Villa debut as an 89th-minute substitute at Tottenham in May.

Philogene-Bidace, 19, has made four more appearances this season, including his first start in the 6-0 EFL Cup win at Barrow in August.

Stoke's other three signings all made their debut in Sunday's win at Hull.

"Jaden is clearly a very talented young player who we are delighted has chosen to join us," said O'Neill.

"He is someone we were clearly aware of. He will bring something different to the squad for the second half of the season."

Philogene-Bidace is in contention to figure for eighth-placed Stoke on Saturday when they host free-scoring Championship leaders Fulham at the bet365 Stadium.