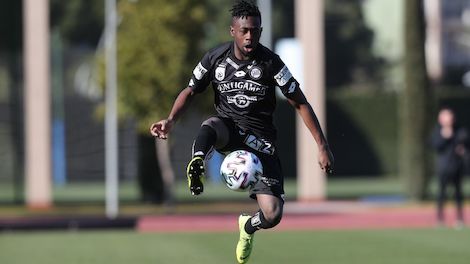 Swiss born Ghanaian youngster Winfred Amoah has revealed his dreams of playing for a bigger club and in a bigger league in future.

The 20-year old Sturm Graz midfielder was promoted to the senior side following the resumption of training after the coronavirus break and he is expected to make his debut when the league restarts.

Amoah wants to first establish himself at the club and prove his worth to earn a move to a bigger club in Europe.

"I dreamed of playing at the top ten years ago. I really wanted that, the feeling is very nice," he told Sksturm.at.

" I'll be surprised where the journey is going. My focus is now on establishing myself at Sturm and playing in the Bundesliga. To make the leap into a top league later is a dream!," he added.

Amoah is currently an Austrian youth international and still eligible to represent Ghana at the senior level. His father Charles Amoah was a former Ghanaian footballer.