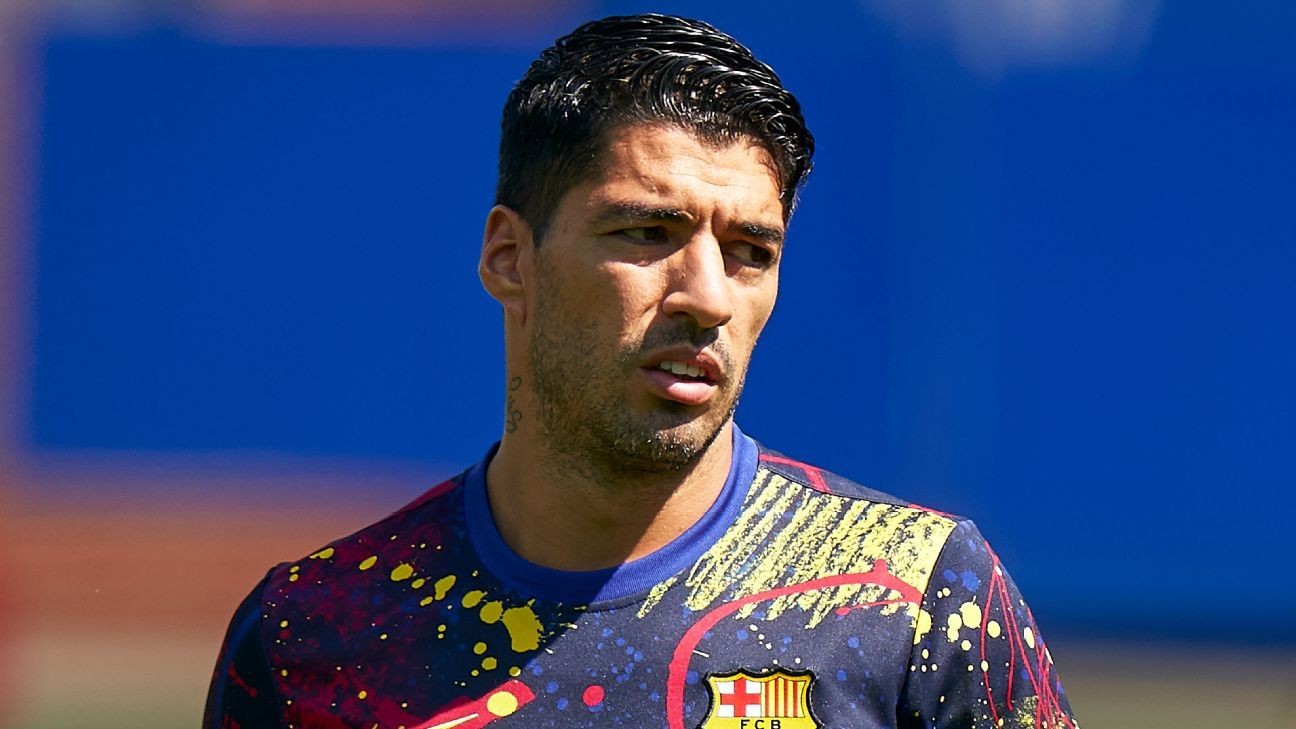 Juventus coach Andrea Pirlo has said that the club are unlikely to sign Barcelona forward Luis Suarez ahead of the new Serie A season.

Pirlo, who replaced Maurizio Sarri last month despite having no senior coaching experience, will make his debut at home to Sampdoria on Sunday. He said that Juve needed a centre-forward but there was not enough time for Suarez to obtain an Italian passport.

- Stream Serie A games on ESPN+
- Serie A preview: Who can stop Juve, Ronaldo?
- Insider Notebook: Man United frustrated by fans on Twitter

Juventus have already used up their limit of two non-EU signings following the arrival of Brazil's Arthur and United States international Weston McKennie and would only be able to add Suarez if he can obtain an EU passport.

"We're all waiting for a centre forward," Pirlo told a news conference on Saturday. "There is still a long way to go in the transfer window so we're calm and happy, we're not in a hurry.

"Suarez is difficult because it takes a long time to get the passport, so it's unlikely that it could be him".

Although Suarez is eligible for Italian naturalisation as his wife is a citizen of the country, the process usually takes several years -- a detail overlooked in much of the speculation linking him to the Serie A champions over the last month.

Pirlo also said that Cristiano Ronaldo and Dejan Kulusevski would share the forward role against Sampdoria.

"Neither Kulusevski nor Ronaldo will start in the classic centre forward position, they will try to move according to what the other does," Pirlo added. "There will be rotations to allow as many people as possible to arrive in the area."

The 41-year-old said he was relaxed ahead of the new campaign where he will be expected to bring Juventus a tenth successive Serie A title.

"After a month of Juve I have no doubts, but many certainties," Pirlo said. "I have fitted in well, now the pitch will do the talking."