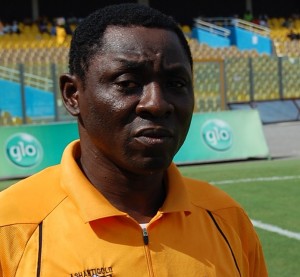 Ghana's chances of progressing in the 2012 London Olympics qualifiers hang by a thread after losing 0-1 to Sudan at the Accra Sports Stadium on Saturday.

A 92nd minute goal by substitute Martin Wani Khamees dented the hopes of the 1992 Bronze medalists.

El Nour Osman Ahmed broke down the right flank and entered the box before delivering a pass across the face of Ghana's goal for Khemees to slide in with the connection.

Sudan which looked goal-guy on the day and could have rattled in more goals.

The first half was a meandering encounter which failed to produce any highlights but the Black Meteors on two occasions made incursions but a sterile attack force by pair Kabiru Imoro and Bismark Idan could not find the back of the net.

After the break, El Nour Osman Mohammed failed to punish Ghana by shooting feebly into the hands of goalkeeper Joe Addo on 67 minutes.

It was Ghana's turn to reply in the 71st minute but left-back Francis Larbi's header missed target narrowly from a header inside the box.

Five minutes later, Sudan's Martin Wani Khamees made a surprise miss after a break by the set-up only to shoot wide.

On 89 minutes Ghana substitute Wahab Yahaya had an opportunity to give the Black Meteors the opener but he too miss fluffed his line upfront.

Ghana face a daunting task to advance in the eliminators in the return leg fixture in a fortnight.