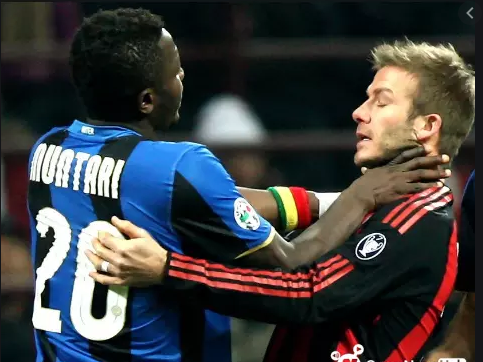 Muntari is noted for being controversial, especially after his outburst with the management team of the Black Stars during the World Cup in Brazil 2014.

But Derek Boateng has dispelled the 'bad boy' identity given to the midfielder, insisting the ex-Milan midfielder is the most sincere player he ever worked with.

“Sulley Ali Muntari is the most sincere Black stars player I worked with, he always wanted the best for his colleagues,” Boateng spoke to Starr FM.

“He resisted a move by Black Stars officials to place local players in the economy class and foreign players in business class.”

Boateng and Muntari played together at the FIFA World Cups in 2006 and 2010 and were long time friends and teammates at the youth levels.

Muntari has enjoyed a good career but internationally and at club level, winning multiple titles including the UEFA Champions League.

He has in recent time been linked with Ghanaian giants Hearts of Oak.