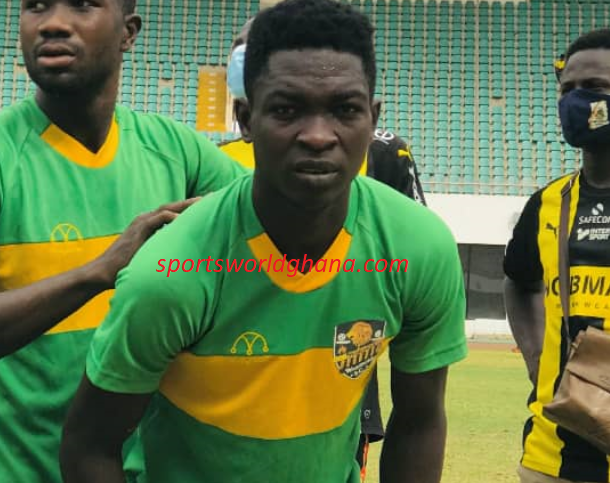 Swedish top-flight clash Hammarby are reported to have written to Nkoranza Warriors stating their intention of signing midfielder Gabs Goddey.

According to reports in local media, Hammarby have written officially to the second-tier club having monitored the player for some time.

Hammarby are ready to pay any amount Warriors would demand in order to part ways with Goddey who can also play as a forward.

Goddey who spent last season with Tema Youth SC, spent some months in Germany with German Bundesliga side Bayer 04 Leverkusen.

He returned to his native country after failing to land a contract with Leverkusen.

He has scored five goals for Nkoranza Warriors despite joining them in the second round of the season.

Asante Kotoko and Hearts of Oak are also interested in signing Goddey.