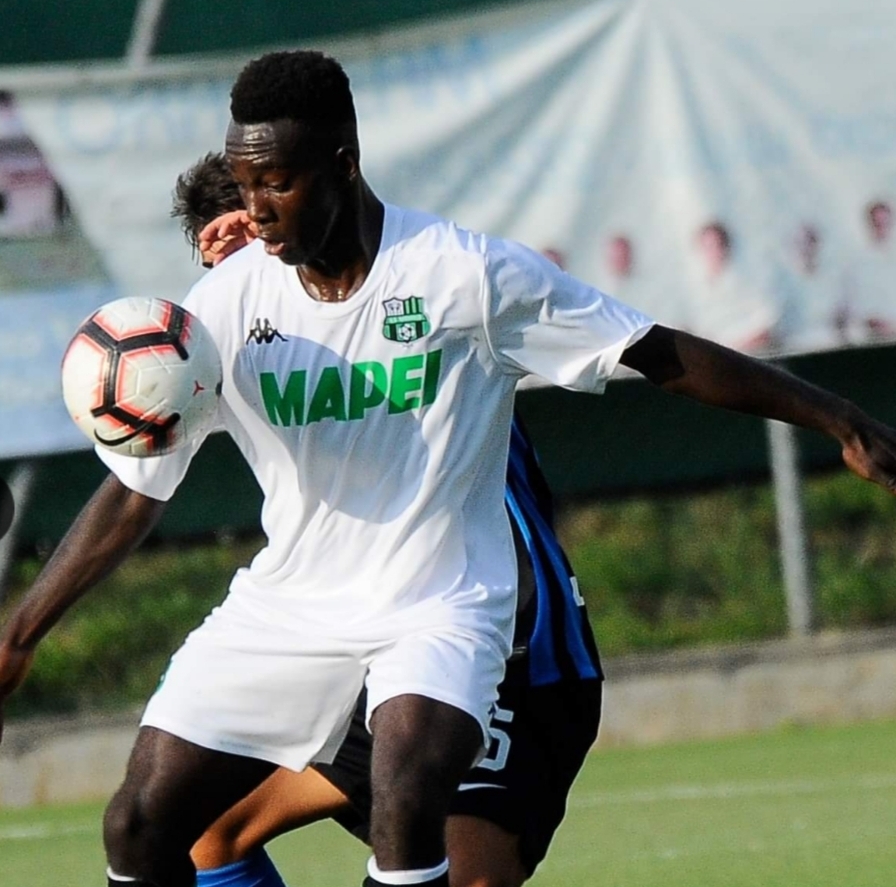 Born to Ghanaian parents in Italy, the 17-year-old midfield anchor, joined Sassuolo’s U 17 side last season from Virtus Castelfranco, a youth football team in the province of Modena.

After spending just a season with the U17 team, Denies has been promoted the U18 for consistently impressing his technical handlers.

He is admired for his strong ball winning skills, authority on the ball and range of passing.

Denis is calm and progressive in possession; aggressive without the ball and diligent in the middle of the park.

He has an incredible work rate with tackles, interceptions and blocks.

His positional sense and ability to read things in advance is unbelievable.

Combined with his competitive desire, Denis has a great character that marks him as a leader amongst his peers.

He is not shy, not timid, he approaches every game with the same level of intensity and maturity against his current old mates.

The Ghanaian teenager is equally capable of filling in at right back as he is adept at closing down attackers.

His blend of destructive qualities and attacking instincts augurs well for his team.

His rapid development has seen him make three appearances for the U18 team so far this season.

Sassuolo top the national U18 championship after winning four games despite playing a game less.