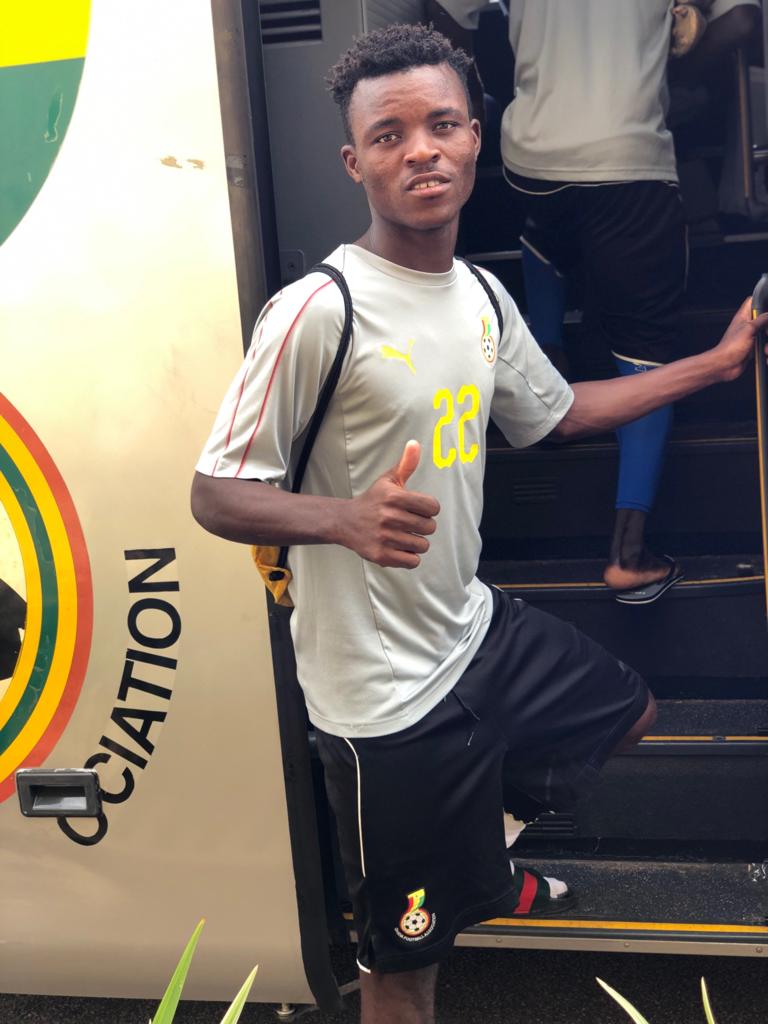 Clement Awounyo during the Local Black Stars call up
Share

Awounyo the defenders nightmare and the leading goal scorer in Division One Zone Three League have produce a praiseworthy performance in the DOL so far by engaging in all the 13 matches played, scored eight goals and have won five Man Of The Match accolade so far before the suspension of the DOL due to the outbreak of Coronavirus in the country.

The former Great Warriors FC Striker who is acknowledged by his fast movement on the ball, hardworking, energetic, and well-rounded striker, Awounyo a prolific and highly opportunistic goalscorer, who is usually deploys as an out-and-out striker in a centre-forward role also had a Local Black Stars call up in 2018/2019 season by then coach Maxwell Konadu after producing a sterling display during the NC tournament by scoring six goals out of six games for the Oda based football club.

“ I’m a young striker who is married to scoring goals. It’s sad the league is suspended due to the Coronavirus outbreak in the country by now I have broken the DOL season goal-king chart of all time in the country. I pray God will heal the affected ones and protect us from this outbreak so that the League will bounce back again. I miss scoring goals” Awounyo said.