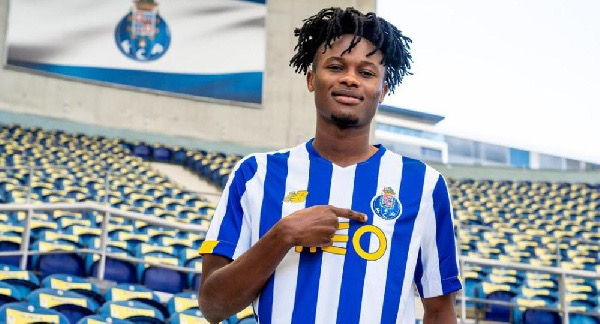 Ghanaian youngster Kelvin Boateng opened his goalscoring account for FC Porto B after grabbing a brace in their 2-2 draw with UD Oliveirense on Wednesday night.

Boateng moved to the Estadio Dragao on a season-long loan deal from CD Aves last month.

The 20-year-old poacher has been itching to hit the ground running for his new side and he deservedly got his reward when the capital-based giants engaged UD Oliveirense in midweek.

FC Porto fell behind in the 39th minute after Francesco Fernandes’ attempt to make a last-ditch clearance ended up at the back of his own net.

The second half proved to be the turning point in the game as the visitors replied their opponents in the 55th minute courtesy Kelvin Boateng.

Boateng emerged as the hero for FC Porto following his equalizer at the dying embers of the encounter to help his side clinch a 2-2 stalemate.

He has scored two goals this campaign in the Portugal second tier league for Porto.