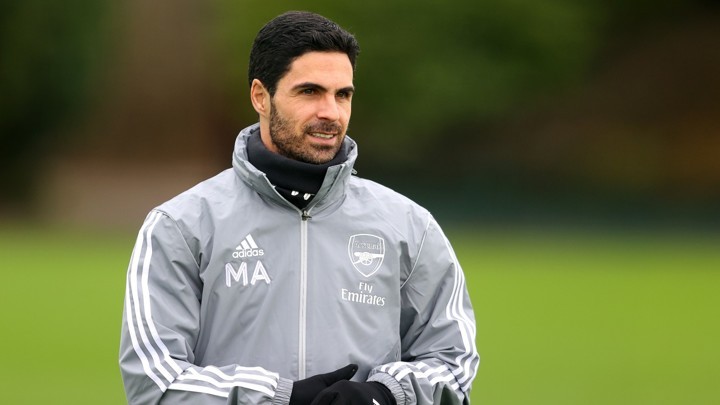 Arsenal coach Mikel Arteta says he has "completely recovered" from coronavirus as he detailed the effect the disease had on him.

The Gunners boss was confirmed to have contracted Covid-19 on March 13 and the squad was subsequently sent into isolation amid the pandemic.

The spread of the disease had already caused the north London side's match against Manchester City to be postponed and the Premier League took the decision to suspend the campaign shortly after Arteta's diagnosis was announced.

More than 500,000 people worldwide have been infected and there have been over 23,500 deaths since the outbreak began.

And Arteta has revealed what his experience with the coronavirus was like and says he was worried about his family.

"I am feeling completely recovered [now]," he told the club's website. "It’s true I started having some symptoms when we got the phone call from the club to let us know that we might be exposed to the virus because of the owner of Olympiacos and in that moment… I don’t know, I felt something within me, that I had it.

"We had a game the following day against Manchester City, so I made a decision and called the doctor straight away and I asked him to drive home.

"I spoke with Raul [Sanllehi, head of football], [technical director] Edu, Vinai [managing director], Huss [Fahmy, chief contract negotiator] and we set up a meeting together and I said: ‘Listen, we have a couple of players that have been exposed. There is a massive risk there and as well I am the first one feeling the symptoms, very clear symptoms. So if that is the case, all of the players and the people related to the club who are in contact with me on a daily basis are exposed. So we cannot make that decision, we have to speak to the Premier League, to Manchester City and we have to make the decision pretty quickly.'

"Then you realise: 'Wow, everybody can be exposed here, this is very serious' and you start to think about the people that you've been in contact with and the other people that can be related to us. That's when a bit of fear comes.

"In terms of symptoms, it was a normal virus for me. I had three or four days which were a little bit difficult, with a bit of a temperature and a dry cough, and some discomfort in my chest. That was it.

"The difficulty is that I have people at home, three kids as well and I was worried. My missus has been through it and my nanny's been through it. Thank God, the kids never got it. We are all completely fine now."