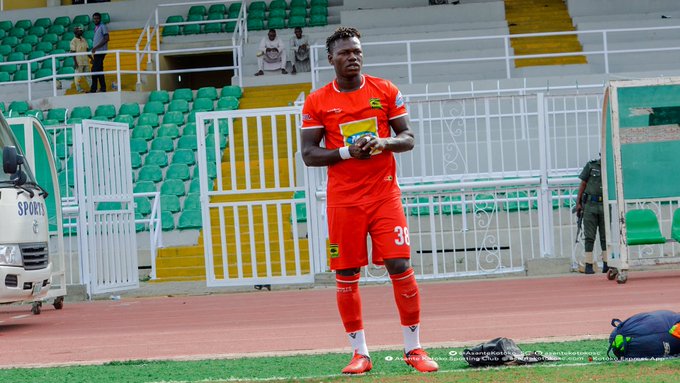 Asante Kotoko striker Richard Arthur says fans of the club should expect more goals from his after scoring his first goal for the team on Sunday.

The former Wa All Stars attacker scored as the Porcupine Warriors beat Etoile Du Sahel in the first leg of the second round of CAF Champions League.

Arthur was happy to step up when the team needed him and has promised to score more.

“I feel good” he told the Kotoko Express App.

“As a striker, you need to step up to the stage in big games like this. I am very happy that, the floodgate of my goals has finally opened and I hope it continues,” Arthur prayed.

“All that I was craving for was my first goal for Asante Kotoko and thankfully, I had it, so the supporters should expect more from me because more goals will follow,” he added.

The Reds will travel to Tunisia for the second leg in a fortnight time. The winner after the two legs progresses to the group stages of the competition.