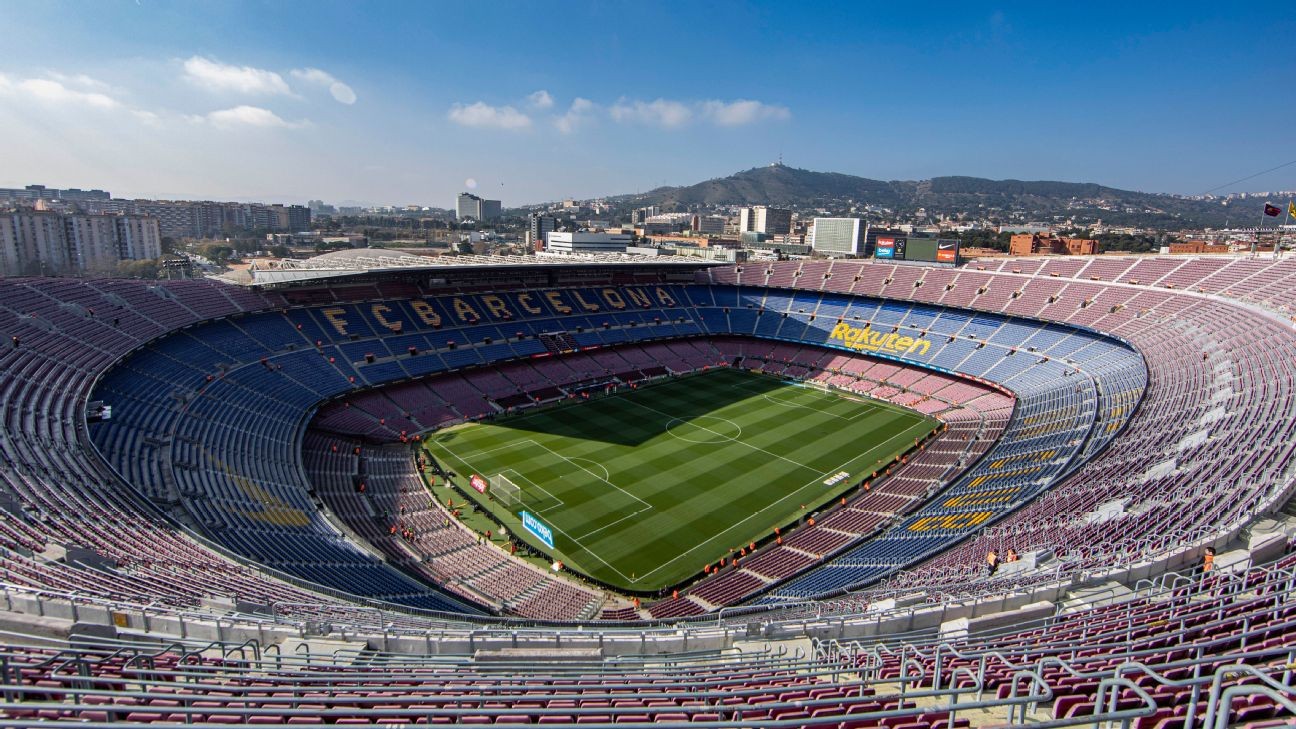 BARCELONA -- I guess that the past two weeks have proven that, when our sporting fix is withdrawn, we miss it instantly.

Sadly, the coronavirus pandemic means we live in a time of force majeure: circumstances that were beyond the control of the general public to prevent and are impacting massively on the life we've come to count on. As such, it's vital that we alter our behaviours and dial down the "I want it, thus I'll do it/go get it" impulse that dominates many societies across the world.

Sport, gradually, has closed down -- La Liga, which I have covered for 25 years, has been idle since March 10 -- and in light of how global health services are struggling and how many people have already suffered or died, that's both inevitable and correct. Writing this column while simultaneously fearing for many people I know who seem vulnerable to the coronavirus doesn't quite seem "wrong," but let's just establish here and now the shared agreement between writer and reader that there are now many thousands of subjects more vital, more pressing and more worrying than football.

However, I suggest that many of us struggle without football, not only because it has a hypnotic effect, but because it genuinely stimulates something very close to "love" in us. If you remove the endorphins, this wonderful, eccentric, frustrating, heartbreaking, uplifting and heroic sporting stimulant causes us, then we are going to hurt. Badly.

Perhaps it's for this reason that there's such huge attention and emphasis right now on the re-establishing of a provisional calendar -- both by the respective authorities and by the (deprived) public.

Club finals and league climaxes suggested, hypothetically, in June and July (with the European Championship and Copa America postponed until 2021). More peripheral issues -- such as when the 2020-21 season might begin, how or whether all this will domino toward the winter 2022 World Cup -- can wait for the moment.

It's right and proper that the authorities build plans for a resumption. There's no point in our scientists and health practitioners fighting this virus, eventually turning the corner, and then there being absolutely nothing either planned or put in place. Especially given that, just like in broader society, there are many within football whose economic status will now prove to not only have been parlous, but disastrous.

Some clubs, I fear, will get very close to bankruptcy if it proves impossible to resume the calendar by late spring or early summer. The loss of revenue is both enormous, unplanned for and, in the case of force majeure, usually uninsured. But each club, no matter how small, is a myriad of people, and there will, heartbreakingly, be employees, voluntary staff, part-time workers and above all fans who are going to be impacted very badly while the virus is fought.

Let me just return to emphasising what is even more vital right now; that all of them, all of you, remain healthy and strong. However, that granted, there are two things that seem firmly clear.

The first, and this is opinion not expertise, is that it seems very optimistic to think that we'll have European football -- whether that's Europa League or Champions League -- any sooner than many months from now. I hope I'm wrong, but having travelled across Europe recently, what's starkly clear is that there is a staggered effect of how this pandemic is affecting each country and how each nation has reacted. It therefore seems unreasonable to think that every league will be ready to resume at the same time.

Right now, it's important for as many of us as possible to be informed, responsible, active, generous and positive -- but that last word doesn't seem to me to include blind optimism.

I think those of us who either rely on football for a living, for enjoyment, for passion, for "love," for distraction or because it's a genuine daily requirement should prepare for the possibility that we are a long way away from being sure about finishing the majority of competitions.

And even when we finally begin play or some sense of "normal" daily life again, what then?

Football will look much different when fans can return to Barcelona's Camp Nou.

Over the past couple of decades, football's global grip has continued to mushroom. I'd wager that until this deeply unpleasant and unanticipated hiatus, it was possible to watch soccer about 364 days a year every year and, obviously, right around the clock irrespective of where you are in the world.

For some players that's a gold mine. They earn a good living, they are exposed to a healthy degree of fame and rewards -- and they have downtime. However, for the huge tier of football considered "elite," we've been squeezing them until their pips squeak and the very juices fueling their greatness begin to run dry.

At the very top, Lionel Messi has played a game just under every six days for the past 10-and-a-half years -- a total of 649 matches for club and country. Add in training, travel, physio, sponsorship demands, sleep, media responsibilities and it's amazing the man has time to think.

He's not the norm, but if you were to canvass the vast majority of the world's absolute top footballers, they'd admit that while technical ability and athleticism were originally their key talents, the talent of managing tiredness, pain and incessant stress/pressure now needs to equal those original skills.

So, what will happen when those guys have weeks, perhaps months, of free time on their hands? Time spent with loved ones. Time spent reflecting. Time aching for the wit and jocular aggression of the training ground. Time assimilating how much they've earned and, just perhaps, reevaluating the balance between how vital that next transfer, or that new contract, is in comparison to actually enjoying their profession.

I'll wager that whenever we do finally return to organised competitive professional football in front of crowds, much will have changed, even if only temporarily, when it comes to the players. For one, not all the fans, who previously roared their support and proudly wore their club's colours, will be there. That's just a sad fact of how this ugly virus is going to affect us all.

As for the players, I wonder to what extent being deprived of the right to exercise their skills, being deprived of their livelihood, affects them in a lasting way. Some will become very morose very quickly. The stories from those footballers who retire without a plan, without a structure, educates us to this fact.

But what about those players whose contracts will run out this year (June, to be precise) and what will either they or their clubs be able to do about that if force majeure still rules, football hasn't recommenced and nobody is any the wiser about when it will?

Will clubs be unwillingly forced to sell or release players they'd planned to keep because budgets are so badly affected? Will there automatically be the same number of buying clubs queuing up?

Is it also feasible that an elongated period of rest for those footballers who remain unaffected by ill-health induces a greater love of the game in their psyches -- or induces some to conclude that, actually, they can do without it and they'd rather be playing golf and living off their savings?

The point Wayne Rooney made recently about having felt like a commodity, having felt like football in England adopted an attitude of "the show must go on at any cost irrespective of the consequences" -- that hit home, too. I wonder if some of our elite footballers return back more vocal, more militant and ready to fight for a better, fairer, more balanced calendar when things return if not to "normal," but the new "norm"?

I wish all of you safety and health, I fervently wish that beautiful, crazy, frustrating, uplifting, operatic, divine football is back as soon as is possible, achievable and sensible.

But right now, I think that we shouldn't expect these provisional new dates to hold fast, or that things will be wholly recognisable when stadia begin to fill, referees whistle for kickoff and fans, finally, can declare devotion for their heroes again.