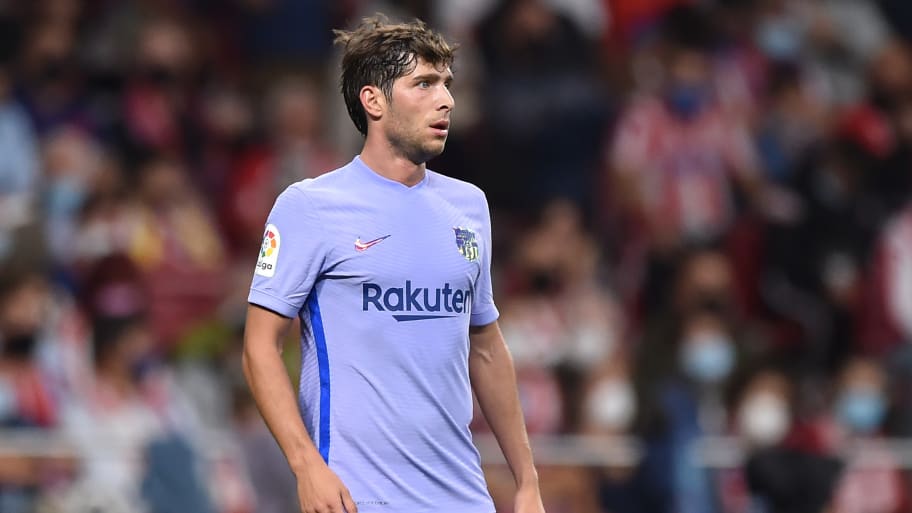 The never-ending saga of Sergi Roberto's proposed contract extension at Barcelona has taken another turn - with suggestions that talks have once again broken down.

Roberto was transfer listed in the summer but was later offered an extension which looked to be all but done, only for reports to emerge suggesting talks had stalled and the Spaniard was once again heading for the exit.

That news was dismissed by Roberto, who insisted he was 'optimistic' that a full agreement would be imminently reached, but it appears things have hit the rocks after all.

This time, it's Alfredo Martinez (via Albert Roge) bringing the bad news on Roberto's negotiations. It's said that talks have broken down completely and the 29-year-old is now facing the prospect of leaving the club when his contract expires next summer.

Perhaps coincidentally, this news comes after reports from Spain linked Barcelona with a move for Chelsea captain Cesar Azpilicueta. The 32-year-old is also out of contract at the end of the season and, as it stands, would be available as a like-for-like replacement.

Having said that, Chelsea are likely to find an agreement over a new contract with Azpilicueta, meaning Barcelona may have to look elsewhere to replace Roberto - assuming they even need to.

Both Roberto and club president Joan Laporta recently confirmed that most of the details of a new contract had been finalised, with Roberto agreeing to lower his salary on a new three-year deal.

Alongside negotiations with Roberto, Barcelona are also looking to tie up a number of extensions for some of the younger players in their squad.

Midfielder Pedri is on the cusp of penning a bumper new contract and there is hope that he will soon be followed by both Gavi and Ansu Fati.

This article was originally published on 90min as The latest on Sergi Roberto's never-ending Barcelona contract talks.