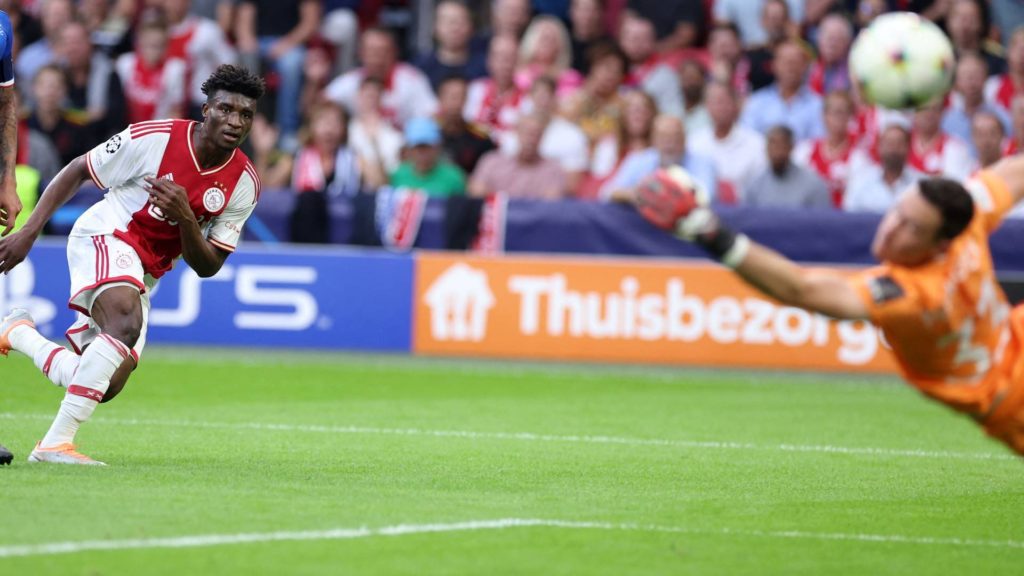 Ghana star midfielder Mohammed Kudus improved an 18-year-old record of Ajax in the UEFA Champions League after scoring an amazing goal in the competition on Wednesday night.

The youngster thundered a rising shot into the opposite top corner of Rangers to give the Dutch side a 3-0 lead in their game against the Scottish giants.

The goal by the Ghanaian ensured that Ajax recorded their quickest three goal lead in Champions League history breaking the record set in 2004.

The goal that came exactly in the 33rd minute has surpassed the Ajax record set in the competition in 2002.

That record occured in the 33:07 minute of their home match against Israeli giants Maccabi Tel Aviv at home.

This means Kudus gas bettered the record by seven seconds.

The Ghanaian actually wanted to leave Ajax this summer, but he left completely at home on Wednesday when they won their Champions League match 4-0 against Rangers.